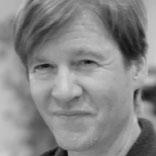 COURTESY OF ERIC DELWARTEric Delwart moved from Switzerland in 1982 to work at a biotech firm in San Francisco, an early epicenter of the AIDS epidemic. When he began a PhD in 1984 at the University of Wisconsin–Madison, HIV had just been identified as the retrovirus responsible for AIDS, and that drew him into the field of retrovirology. “It was very exciting,” he says, to work on a subject so urgent, and “there was then a lot of optimism about an HIV vaccine.” Delwart continued studying HIV during a postdoc at Stanford University and while a PI at the Aaron Diamond AIDS Research Center through the 1990s.

Delwart turned his attention to the field of emerging and unknown viruses—which far outnumber identified viruses—as a PI at the Blood Systems Research Institute, an affiliate of the University of California, San Francisco. Before modern genomic methods, “we didn’t have the technology...

Delwart delves into that universe in a feature article “Viruses of the Human Body.” 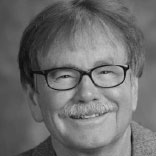 COURTESY OF PAUL NUNEZIn the early 1970s, Paul Nunez, armed with a master’s and PhD in engineering and physics, was working as a theoretical physicist when he made a dramatic career change. He met Reginald Bickford, a pioneering neuroscientist at the University of California, San Diego, who at the time was looking for technically skilled scientists to help with electroencephalography (EEG) experiments. “I had always been interested in the brain,” Nunez says, “but I didn’t even know what a neuron was.” Nevertheless, he dove into the field and spent the next 10 years as a postdoc under Bickford. The unexplained phenomenon of alpha rhythms, a type of brain wave now associated with vision and attentiveness, particularly interested Nunez, and his theories on the topic began to garner some recognition.

Nunez has authored more than 100 scientific papers and 5 books on the brain and complexity science, touching on medical applications such as epilepsy, coma, and pharmaceutical research. He is an emeritus professor at Tulane University and the owner of a small consulting firm, Cognitive Dissonance, LLC. His career has centered not just on neuroscience but also on the more elusive problem of how the brain gives rise to consciousness.

Nunez’s most recent book, The New Science of Consciousness: Exploring the Complexity of Brain, Mind, and Self, examines this problem, which he discusses in an essay here. 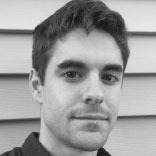 COURTESY OF BEN ANDREW HENRYA self-proclaimed “super-nerd,” Ben Andrew Henry always really liked science, but he also loved to read and write. Both in high school in Goffstown, New Hampshire, and at Middlebury College in Vermont, Henry split his time between science, English lit, and writing classes. In his junior year of college, he participated in a research program at Woods Hole Marine Biological Laboratory in Massachusetts, where he studied whether restoration projects to remove dykes and other barriers from Cape Cod salt marshes affected nutrient cycles. The Woods Hole scientists “basically just said, ‘Alright, design a project. You have all these facilities, have at it. Let us know what you need.’?” He also spent some time mapping plant communities in Vermont forests, and followed that up with a summer at the University of Maryland, where he worked with computer models that predicted the nitrogen cycle in Chesapeake Bay sediments.

While Henry found research fascinating, “I wanted to be writing more,” he says. So back at Middlebury for his senior year, he designed an independent study in science journalism, for which he interviewed researchers visiting campus and wrote stories about their work. Then, during January break, Henry interned at Popular Mechanics, where he looked over the shoulders of the editors and writers in the newsroom. After graduating in May 2016, Henry traveled the country writing poetry before accepting the intern position at The Scientist. You can read his work on pages here, here, here, and here in this issue. As for what’s next? “It’s still up in the air,” he says. “A part of me wants to be super-negligent and go for an MFA in creative writing, but I also might more realistically go for journalism. . . . That makes the most sense when I’m telling my story on a cover letter.”