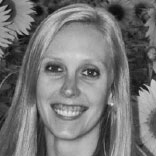 COURTESY OF KELLY ROBINSONKelly Robinson recalls learning early in high school that some human cells can divide countless times, “but somehow their genetic information stays the same.” That “somehow” captured her interest, first because it seemed fantastically improbable, then later because of its scientific draw. Robinson earned a degree in genetics at Clemson University and is working on her PhD in molecular medicine at the University of Maryland, Baltimore. While helping to pioneer research on horizontal gene transfer from bacteria to humans, Robinson felt the excitement of discovery, “getting to figure it all out and piece it all together.” But she also started to notice how hard it was for her and other scientists to share their work with the public, especially on platforms such as Facebook. She now plans to pursue work in outreach, education, or science policy after finishing her PhD in the spring of 2017. 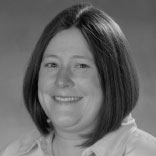 She got her start working in a research lab as an undergraduate and went on to earn a PhD in microbiology and molecular genetics from Michigan State University in  2002. She began her work with Drosophila during a postdoc at the Institute for Genomic Research and now teaches at the University of Maryland School of Medicine.

Robinson and her PI, Dunning Hotopp, delve into the possibility and consequences of horizontal gene transfer from bacteria to people in “Bacteria and Humans Have Been Swapping DNA for Millennia.” 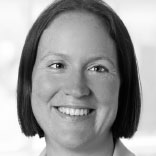 HGF LIMITEDAs Catherine Coombes was taking her A-levels in Harlow, England, in the 1990s, genetically modified organisms began grabbing headlines. From then on, she was enthralled with biotechnology. Coombes earned a bachelor’s degree in the subject at the University of Leeds, graduating in 2000. After working in the scale-up of active pharmaceuticals, she became interested in how technologies are patented and completed a master’s in intellectual property law at the University of London. Coombes, who began practicing law in 2004, joined the law firm HGF Limited in June 2015. There, she handles cases concerning immunology, biopharmaceuticals, and more—including the use of CRISPR in bacteria and gene editing. “I love my job,” she says. “I think it’s absolutely fascinating.”

Coombes has been following the CRISPR patent battle unfolding in Europe with avid interest. In “How to Avoid Legal Problems in Collaborative Research,” Coombes uses the acrimonious CRISPR patent clash to give scientists some tips on how they might avoid such battles. “It doesn’t have to be like that,” she says. “You just have to have a little foresight earlier on.” 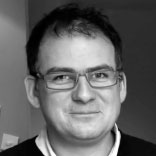 COURTESY OF BRUNO LEMAITREBruno Lemaitre grew up in northern France in the 1970s. “I collected stones, observed stars, and caught insects—I was a naturalist,” he says. As a graduate student at the Pierre and Marie Curie University in Paris, his interests turned to Drosophila genetics. After earning his PhD with Dario Coen in 1992, Lemaitre moved to the lab of Jules Hoffman at the National Center for Scientific Research (CNRS) in Strasbourg, France, where he investigated the genetics of the Drosophila immune system. Lemaitre was a major player in the discovery of the Toll receptor’s role in fruit fly immunity, for which Hoffman shared a Nobel Prize in 2011. In 1998, Lemaitre set up his own genetics lab at CNRS in Gif-sur-Yvette, France. And in 2007, he migrated to the École Polytechnique Fédérale de Lausanne in Switzerland.

Recently, Lemaitre has developed an interest in the study of personality and its influence in the scientific context, spurred by his complex relationship with his postdoctoral supervisor (discussed in his blog behinddiscoveries.com). Read “The Narcissistic Scientist,” which is based on his recent book, An Essay on Science and Narcissism.