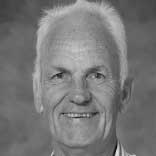 COURTESY OF MONASH UNIVERSITYUwe Proske moved from Germany to Australia when he was 10. “At the time, to us, Australia seemed like the Wild West,” he recalls. He earned his PhD in 1968 in the lab of A.K. McIntyre at Monash University, where he returned for the bulk of his career, starting as a researcher in 1971 and working his way up to full professor (now emeritus). His research has focused on diverse animals’ sensory abilities, from snakes’ detection of infrared radiation to the platypus’s detection of electric fields. In the latter part of his career, he focused on the mechanism of proprioception in reptiles and mammals, including people. “It is a topic that I have carried into my retirement and for which I continue to have plenty of enthusiasm,” he says. 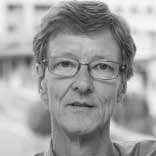 ANNE GRAHAMSimon Gandevia grew up in Melbourne, Australia, with his two physician parents. “From a young...

Their feature “Proprioception: The Sense Within” appears here. 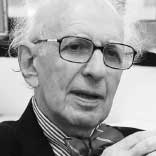 CRISTINA LUIGGIColumbia University neuroscientist Eric Kandel was born in the ashes of the Austro-Hungarian Empire. But even in 1929, just 11 years after the Allied victory in World War I, his hometown of Vienna still celebrated its historically vibrant cultural scene, with authors, painters, composers, and thinkers mingling in the city’s cafes and boulevards. Steeped in this rich milieu, the young Kandel developed a profound appreciation for art, culture, and intellectualism. But by 1939, as the Nazi regime rose to power in the region, the Kandel family (and countless other Viennese Jews) were forced to relocate.

“My early experiences in Vienna almost certainly contributed to my curiosity about the contradictions and complexities of human behavior,” Kandel wrote in his Nobel Prize autobiography. “How could a highly educated and cultured society, a society that at one historical moment nourished the music of Haydn, Mozart, and Beethoven, in the next historical moment sink into barbarism?” After doing an undergraduate dissertation at Harvard University on the contribution of European intellectuals to the rise of the Nazis and then studying psychiatry at New York University, Kandel switched to neurobiology. His work on the basic neurological components of memory netted him a Nobel Prize in 2000.

He and his wife are avid collectors of art and antiques. In “How Art Can Inform Brain Science and Vice Versa,” Kandel muses on the reductive similarities between mid-century abstract art and modern neuroscience, the subject of his latest book, Reductionism in Art and Brain Science: Bridging the Two Cultures. 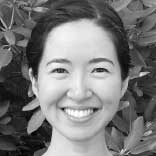 PATRICK R. BROWNBorn and raised in East Los Angeles, editorial intern Alison F. Takemura opted for an undergraduate experience different from many of her UCLA– and UC, Berkeley–bound classmates: Rice University in Houston. The small school appealed to her, especially its ability to give students hands-on research exposure from the get-go. She first worked on making nanoparticles out of gold, then engineering E. coli to better break down plant material. For graduate school, Takemura chose to study microbiology at MIT.

Under the leadership of Martin Polz, Takemura investigated the metabolic requirements underlying Vibrio bacteria’s ability to be either vegetarians or carnivores. During her PhD, Takemura earned a fellowship in the Biological Engineering Communication Lab, where she mentored fellow students in conveying their science, whether in a manuscript, poster, or presentation. Upon completing her doctorate, she headed back to California for the science-writing program at the University of California, Santa Cruz, and graduated in June.

In reporting on hawkmoths’ sense of smell, Takemura became enamored of the massive insects. And after learning that they live near her in the Boston area, “it’s my dream to find one,” she says. Fortunately, Takemura will be sticking around—later this month she returns to MIT to be a Communication Lab manager.