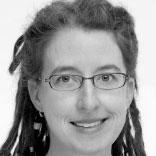 CHRIS GOODFELLOW, GLADSTONE INSTITUTESWhile an undergraduate at Pomona College in Claremont, California, Katherine Pollard was encouraged by a professor to pursue mathematics alongside her chosen subject of anthropology. She double majored before graduating in 1995. “I was hoping to find some application for it—not just math for math’s sake,” Pollard says. “That’s how I ended up in bioinformatics.” After graduation, she spent three years overseas working in epidemiology in the U.K., Australia, Indonesia, and New Zealand, before moving to the University of California (UC), Berkeley, for a PhD in biostatistics. “I was thinking I was going to use my math for public-health purposes,” she says. But the release of the human genome sequence in 2001 prompted an interest in the emerging field of genomics. Dividing her time between dissertation writing and internships at local biotechs, Pollard researched methods for analyzing DNA microarrays, and after graduating in 2003, took...

Pollard explores the significance of these regions in “Decoding Human Accelerated Regions.” 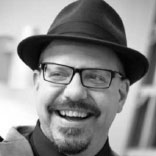 RUSS CREECHAs a child walking along the chalk roads of western Kansas, John Hawks loved finding fossilized shells and shark teeth. That affection bloomed into a lifelong fervor. As an undergraduate at Kansas State University, he helped teach a laboratory course in biological anthropology, which included studying primate and human skeletons. Hawks was enthralled—especially with the bones of the past. “I loved the hominid fossils and the discoveries of the Leakeys,” he says. “These bones were part of our ancestors, our relatives.” He graduated in 1994 with a BA in French, English, and anthropology. He then moved to the University of Michigan, where he began to use genetics to investigate how natural selection has shaped human genes, earning his PhD in 1999. Three years later, he joined the faculty of the University of Wisconsin–Madison. He now has a popular blog—“I think of it as a diary,” he says—that shares his thoughts on anthropology research with hundreds of thousands of people around the world. More recently, Hawks has co-led research in the Rising Star cave system in South Africa, a project supported by National Geographic, with University of Witwatersrand paleoanthropologist Lee Berger. In 2015, they unveiled a discovery among the cave fossils of a new ancient hominid: Homo naledi.

But Hawks isn’t stuck in the past. He also examines human evolution’s present. “People are still surprised to find out humans are still evolving,” he says. Hawks explains the ways in which our species has been, and continues to be, under natural selection in “Humans Never Stopped Evolving.” 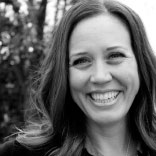 MOLLY BREWERLydia Pyne has never been able to choose between history and anthropology, so she’s kept up both. After double majoring in the two subjects at Arizona State University in 2002, Pyne obtained a master’s degree in anthropology in 2004, and a PhD in the history and philosophy of science in 2008. “I really loved the narrative structure of writing history to talk about the processes of science,” she says. “But I also loved the hands-on history of archaeology and paleoanthropology. I felt that writing about the intellectual history of archaeology and paleoanthropology gave me the opportunity to put together these two subjects.” After finishing her PhD, Pyne coauthored a book on the Pleistocene epoch and human origins with her father, environmental historian Stephen Pyne, called The Last Lost World (2012). This first book left her wanting to write another, and she began research on why some scientific discoveries—in particular, fossils—become famous. Drawing on personal experience from excavations at archeological sites from South Africa to the American Southwest, Pyne tackled this question in her most recent book, Seven Skeletons—a project that has allowed her to draw on her interdisciplinary background.

Pyne discusses the factors influencing a fossil’s fame in “The Neanderthal in the Mirror.”