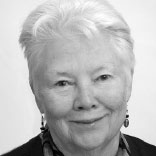 Although Barbara Corkey has been working on metabolic disease research since her teens, it wasn’t until her 40s that she began graduate school. Nonetheless, “I have essentially been doing independent research all my life,” she explains. “I’ve always been in a lab, and I’ve always been focused on metabolic disease.” Corkey earned her PhD in 1981 researching branched-chain amino acid metabolism at the University of Pennsylvania and joined the faculty at Boston University in 1986. Since then, she’s focused on fat metabolism and the role of insulin. “If there’s one goal I’ve always had, it is to cure diabetes,” she says. Corkey currently serves as director of the Obesity Research Center at Boston Medical Center, and her awards include the American Diabetes Association’s Banting Medal for Scientific Achievement.

In “What Causes Type 2 Diabetes?,” Corkey explores possible factors contributing to the disease. 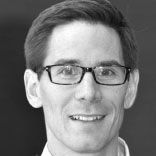 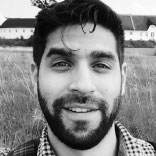 Waleed Rahmani developed a fascination with stem cells as an undergraduate at the University of Victoria, British Columbia, and a research placement in 2009 with Andras Nagy at the University of Toronto convinced him to pursue it further. “Part of my work involved developing an online database of transgenic mice used in stem cell research,” he recalls. “I was exposed to many regenerative medicine studies. It really captured my interest.” After graduating, Rahmani moved to Jeff Biernaskie’s lab at the University of Calgary to work on skin stem cells and helped discover a bipotent dermal stem cell within adult hair follicles. Having recently completed his PhD, Rahmani is now attending medical school at Calgary and plans to enter the field of regenerative medicine. 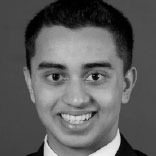 When Sarthak Sinha’s family emigrated to Canada from India, Sinha says he was exposed to all sorts of opportunities he hadn’t had back home. He took part in various science fairs and competitions, and by the age of 14 had joined Jeff Biernaskie’s lab as a high school research assistant. “From there, I’ve always been interested in stem cells and regenerative medicine,” says Sinha, who has continued to work in Biernaskie’s lab on a series of projects examining the role of stem cells in wound repair. Already an author on two published papers, Sinha is now a second-year undergraduate at the University of Toronto and hopes to become a clinician scientist.

Rahmani, Sinha, and Biernaskie discuss the importance of understanding interactions between stem cells and the immune system in “Immune Cell-Stem Cell Cooperation.” 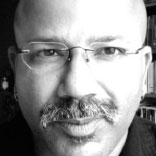 While an undergraduate in philosophy at Dartmouth College, Anthony Ryan Hatch took a part-time job as an administrative assistant at Emory University in Atlanta. The work offered him research experience on a health intervention project targeting black youth and kindled an interest in the ties between race and public health. For his MA and  PhD in sociology at the University of Maryland, College Park, Hatch focused on the causes of health inequality. “The more I read, the more I kept seeing claims being made by scientists that reminded me of old-school scientific racism,” he says. Exploring perceptions of race in biomedical science, he spent five years as a professor at the Georgia State University before joining the faculty at Wesleyan University in Connecticut in 2015.

Hatch traces the relationships between race and metabolic syndrome in “Metabolic Syndrome, Research, and Racism,” an essay based on his new book Blood Sugar: Racial Pharmacology and Food Justice in Black America. 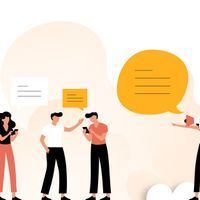