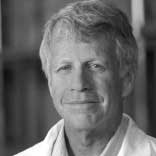 NORBERT VON DER GROEBENThe son of a pharmacist, Lawrence Steinman says it was only natural that he ended up pursuing a career in medicine. After earning a BA in physics from Dartmouth College in 1968, Steinman decided to devote his career to medical research and patient care. He enrolled at Harvard Medical School, where he developed a particular interest in the brain. “It’s always been the most intriguing of the organ systems,” he says, “one of the big mysteries that needs to be understood.” With a specialization in immunology, Steinman says it was another natural decision shortly after graduating in 1973 to begin work on multiple sclerosis (MS)—“the most prevalent immunological disease of the brain”—and signed on for a postdoc at the Weizmann Institute of Science in Israel. A member of Stanford University’s neurology faculty since 1980, Steinman holds numerous patents on MS treatment methods, works on the commercial...

Steinman examines potential therapies to train the body’s defenses to tackle autoimmune disease in “Toward Targeted Therapies for Autoimmune Disorders.” 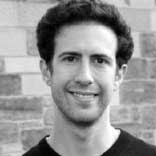 COURTESY OF RICHARD MUSCATRichard Muscat’s interest in DNA biotechnology took hold shortly after he had completed a master’s in physics at the U.K.’s University of Nottingham in 2006. “I was really fascinated by the way you can use biological components to construct things at the nanoscale,” he says. Pursing this interest through a PhD at the University of Oxford, Muscat built nanomachines from DNA molecules, while also starting to focus on “the next level” of biological engineering—synthetic biology. “Not only could you program bits of DNA to stick together,” he explains, “but you could program entire cells.” Graduating in 2011, Muscat moved to Seattle for a postdoc with Georg Seelig at the University of Washington to work on translating DNA nanotechnologies to the cell. Then, in 2015, following a brief stint working in the research division of Oxford Nanopore Technologies, he took up a position at Cancer Research UK. “I wanted to try something a bit different, but stay in science,” he says. Now working on the charity’s multidisciplinary funding scheme—set up to support collaborations between cancer researchers and other scientists, mathematicians, and engineers—Muscat says that he has enjoyed learning a new set of skills. “The fun part,” he says, “is that you’re constantly hearing about exciting new research.”

In “Synthetic Biology Comes into Its Own,” Muscat discusses the biological insights afforded by synthetic gene circuits. 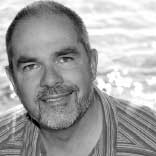 JAY RUBINICJ.D. Trout credits a schoolteacher with instilling a love of philosophy at an early age. “He was teaching a lot of the classics,” Trout recalls. “Plato, Anselm’s ontological argument, existentialism—a lot of the big topics that sweep up teenagers.” After obtaining a BA in philosophy and history from Bucknell University in 1982, Trout started a PhD in the philosophy department at Cornell University. However, he soon began investigating psychology to complement his understanding of the philosophy of mind. “I couldn’t see how you could adjudicate any of the philosophical disputes without scientific knowledge of how the mind actually works,” he explains. So alongside his PhD work, Trout carried out coursework and research on speech perception in the psychology department. After graduating from Cornell in 1988, Trout spent time in several departments across the U.S. before taking up a position as a member of the philosophy faculty at Loyola University, Chicago, in 1992, where he has remained since. He has authored several books, including The Empathy Gap (2009), exploring psychological biases that influence human decisions and policy making, and continues to draw on his expertise in both philosophy and psychology. “The amount of stimulation I got in both fields just from thinking about the independent issues has been really worth it,” he says.

Trout explores the forces driving scientific progress—and the influence of “unusual accidents”—in “Start Making Sense,” an essay based on his latest book Wondrous Truths: The Improbable Triumph of Modern Science.