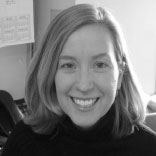 Graduating with a biology degree from Loyola University in Baltimore, Maryland, in 1999, Karen Schindler moved to Thomas Jefferson University for a PhD in biochemistry and molecular biology in the lab of Edward Winter. It was there, while working on the regulation of meiosis in budding yeast, she says, “I became really interested in how what I was studying in such a simple system related to human reproduction and fertility.” Translating her experience with yeast into a mouse oocyte system, Schindler joined Richard Schultz’s lab at the University of Pennsylvania as a postdoc in 2005. “He was a wonderful mentor,” Schindler says. In 2011, Schindler joined the faculty at Rutgers University, where she has expanded her research to aneuploidy in human patients, while continuing her more mechanistic work in mice. “Our dream is to identify biomarkers to predict clinical outcomes and empower women to make reproductive choices based on...

Schindler explores the mechanisms leading to aneuploidy in “A Scrambled Mess.” 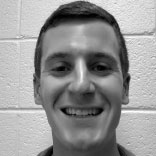 Edward Marks encountered his first PCR machine as a New Jersey high school student. “It wasn’t digital, like they are now,” he says. “But I thought it was really cool how you could just take DNA and expand it.” Taking advantage of a biotechnology program at nearby Rutgers University, Marks explored several areas of biotech research before graduating with a BSc in 2011. His next move was to the University of Delaware for a Master of Business and Science degree. “In some pharmas, there’s a disconnect between the bench and the boardroom,” he says. “I wanted to be at that interface.” After graduating in 2013, Marks joined the lab of Arun Kumar at the University of Delaware to begin a PhD in nanomedicine. Now in his third year, Marks is focusing on differentiating stem cells with the aim of repairing heart tissue. 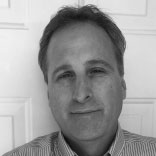 A few years ago, California-based marketing and advertising executive Steven Smith was ready for a career change. “I’d been doing a lot of work with demographics, and I knew I really wanted to do more with it,” he says. “I wanted to leave something behind.” So Smith enrolled in a master’s program in the School of Hygiene and Tropical Medicine at the University of London. After obtaining an MSc in epidemiology in early 2015, Smith began working with the department of public health in California as a project coordinator for research into the 2014 pertussis outbreak in that state. “I was able to take my strength in statistical analysis and apply it,” he says. He now focuses both on epidemiology and freelance writing about infectious disease. “There’s a lot of cool stuff worth seeing, and I’m enjoying bringing it to the world’s attention,” he says. 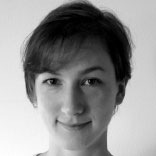 The daughter of a pair of Russianists at the University of Bristol, U.K., Catherine Offord considered pursuing languages for her university studies. But a steady childhood diet of nature documentaries by Sir David Attenborough established an interest in the natural sciences that Offord just couldn’t shake. So she enrolled in biology at Oxford University, spending her later years in a biomechanics lab studying the effect of environmental conditions on the mechanical properties of silk fibers—initially from silkworms, later from “palm-size” spiders. For her master’s, Offord headed stateside to the lab of Iain Couzin, then at Princeton University. There, she studied collective behavior in ants, and when Couzin’s group moved to Germany, she remained at Princeton to continue her research, funded by an HHMI fellowship. During grad school, Offord took journalism courses and wrote articles for various newspapers; last summer, she did an internship with BBC Focus. “That’s when I knew this was what I wanted to do,” she says of writing.

In this issue, Offord describes a novel mechanism of cellular signaling (“Kissing Cousins”) and a decades-long fruit fly experiment conducted in the dark (“Feeling Around in the Dark”).