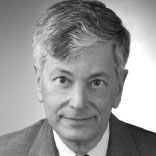 As an undergraduate at the City University of New York in the 1960s, Jerome Siegel thought he wanted to be an electrical engineer. But during his studies he became interested in human consciousness, and realized that electrical engineering approaches could be used to study the human brain. “It seemed to be the perfect combination of my inclinations and my more general interest in science,” Siegel says of sleep research. Graduating with a PhD in psychology from the University of Rochester in 1973, he moved to the University of California, Los Angeles, where he made the first recordings of single brain cells in relation to REM sleep and narcolepsy in animals. Now a professor of psychiatry at UCLA’s Semel Institute of Neuroscience and Human Behavior and director of its Center for Sleep Research, he has recently expanded his research to study sleep in pre-industrial human societies. Siegel discusses sleep across the... 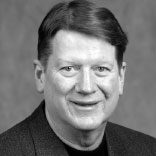 As a PhD student studying catfish physiology at the University of Pennsylvania in 1974, James Krueger first encountered sleep research during an interview for a postdoc in the lab of John Pappenheimer at Harvard University. “He was well-known in the field of respiration, and I thought that’s what he was interviewing me for,” says Krueger. “I’d never even thought about sleep.” Yet when he joined the lab, Krueger began work on a project to isolate a “sleep factor” in cerebrospinal fluid. The project took six years, and led to a series of fruitful research pathways, including the first study to demonstrate the sleep-promoting properties of cytokines. In 1997, Krueger joined Washington State University as chair of the Department of Veterinary and Comparative Anatomy, Physiology, and Pharmacology, where he is now a Regents Professor working on sleep regulation and the links between sleep and infectious disease. His current research focuses on the control of sleep in cells grown in culture. 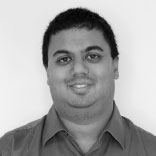 Sandip Roy graduated in 1998 from the University of Illinois, Urbana-Champaign, with a degree in electrical engineering. After receiving his doctorate from MIT in 2003, he joined the faculty of Washington State University to work on the management of large infrastructures, from air traffic networks to electric power grids.

Several years later, he was approached by Krueger to apply similar network approaches to the biology of sleep. An associate professor at Washington since 2009, Roy has collaborated with Krueger’s group on both theoretical and experimental approaches to the study of sleep—projects that he says provide interesting contrasts but also parallels to his research on man-made infrastructures. “It’s a much more complicated system in many ways than the others I look at,” he says of the sleeping brain. Krueger and Roy explore the emergence of sleep as a network property in “Sleep’s Kernel.” 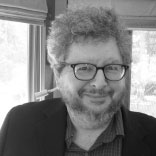 David Gelernter had an early introduction to the world of computers: his father, Herbert, was a pioneer of computer science research in the 1950s. “I grew up in an atmosphere in the ’60s and ’70s surrounded by computers—which was unusual at the time,” says Gelernter. After obtaining a master’s degree in classical Hebrew literature from Yale University, Gelernter earned a PhD in computer science from Stony Brook University in 1982. Joining Yale’s faculty, Gelernter researched parallel computing throughout the 1980s, developing the Linda programming system and ideas that would later be incorporated into cloud computing. He has been a member of the National Council on the Arts and has written several books, including Mirror Worlds, which predicted the rise of public data sharing, and The Muse in the Machine: Computerizing the Poetry of Human Thought. In recent years, Gelernter has combined his research on artificial intelligence with work on consciousness, human thought and religion. “Both science and scholarship have always appealed to me, and still do,” he says.

In an essay (“In Your Dreams”) based on his newest book, The Tides of Mind: Uncovering the Spectrum of Consciousness, Gelernter makes the case for sleep as a window into the human mind.