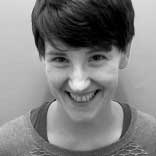 JAMES TOWLERThe investigative nature of lab work drew Jane McLeod into science. She earned her PhD in biochemistry and molecular biology from the University of York in 2007 and went on to a postdoc at the University of Sheffield, but then started questioning her next steps. “It takes a long time to get one result, and then you have to pace yourself for another,” McLeod reflects. “While it’s really thrilling when you do get that one result, it’s so few and far between.” She landed a writing job with a public-health policy project at the University of Sheffield in 2012, and now relies on her academic background to inform her work as a science writer for Avacta Life Sciences. “I feel like, handily, I’ve just fallen on my feet into something that I actually enjoy,” she says. 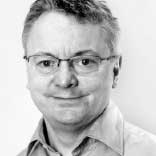 McLeod and Ko Ferrigno discuss the role of nucleic acid and protein-scaffold aptamers as substitutes for antibodies in “Antibody Alternatives.” 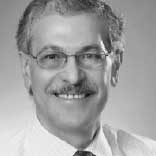 MAHMOUD GHANNOUMAs a master’s student studying the fungus Candida at Loughborough University of Technology in the U.K., Mahmoud Ghannoum didn’t know he was entering the field in which he would spend the next 40 years. “I wasn’t sure I would be invested in it for my entire career,” he says of mycology. “As it happened, I fell in love with it.” Shortly after earning his PhD from Loughborough in 1978, Ghannoum joined the faculty of the Department of Botany and Microbiology at Kuwait University, where he researched methods for determining the pathogenicity of fungi. In 1991 he moved to the University of California, Los Angeles, School of Medicine, first as a research scientist and later as a professor, before moving in 1996 to Case Western Reserve University in Cleveland, Ohio, where he is the current director of the Center for Medical Mycology. In recent years, Ghannoum’s research interests have broadened to include the biology of fungal communities living in and on healthy humans. Coining the term “mycobiome,” he published the first characterization of the oral fungi of healthy individuals in 2010, and now investigates fungal communities living in the human gut. Ghannoum’s feature discusses this largely overlooked component of the human microbiome. 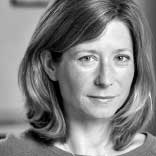 GARRY SIMPSONJo Marchant originally aspired to a career devoted to research. Her scientific interests were fostered by a patent agent father who, like Marchant’s mother, had a background in chemistry. In the late 1980s, her father represented The Wellcome Foundation in a patent dispute/antitrust case involving a genetically engineered heart-attack treatment marketed by Genentech. “He had Jim Watson as an expert witness in the court case,” Marchant recounts. “It just all sounded so glamorous.”

Enchanted with the promise of genetics, Marchant studied genetics and medical microbiology at Saint Bartholomew’s Hospital Medical College in London, earning a PhD in the late 1990s. But she favored the writing process more than the actual conduct of science. “I was one of those few PhD students who actually enjoyed writing my thesis much more than doing the research,” she says. “I found it quite a lonely thing, in a way, doing science and working at the bench.”

So Marchant got a master’s degree in science communication from Imperial College London in 2000. Her subsequent writing career has been marked by a wandering fascination with particle physics, archaeology, the history of science, and, of course, genetics. Her latest book, Cure, considers the science of mind over body, and in an essay (here), Marchant explores some of the intriguing clinical results that point to a truth that lies somewhere in between conventional dogma and new-age mysticism.