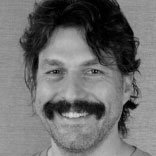 COURTESY OF OLIVER RANDO“I think I should stay legally at least 1,000 feet away from any hospital ward,” jokes Oliver Rando about his MD. He earned the degree in 2002 as part of Stanford University’s Medical Scientist Training Program because, he says, “I wanted to learn human biology and I wasn’t going to learn it by picking up a textbook.” That sensibility led him to do the PhD half of the training program in Gerald Crabtree’s lab, where he studied actin-related subunits of a chromatin-remodeling complex. Rando went on to do a postdoctoral fellowship at Harvard University’s Bauer Centre for Genomics Research, where he approached chromatin remodeling and epigenetic inheritance from a mechanistic perspective, investigating cellular abilities to copy a chromatin state. In 2007, he joined the faculty at the University of Massachusetts Medical School, where his research program focuses on secondary chromatin structures in yeast, as well... 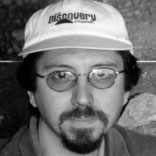 DANA BOVEEAn undergraduate course in human evolution set David Begun on the path of paleoanthropology in the late 1970s. His passion led him from Brandeis University in Massachusetts to the University of Pennsylvania, where he finished his bachelor’s in biology and anthropology in 1981. He stayed on for graduate school under the direction of Alan Mann, during which time he came across a colleague’s sample of undescribed ape fossils. “I saw an opportunity to work on something that no one had ever done before,” says Begun, now a professor at the University of Toronto in Canada. “Ever since then, I’ve been working on fossil apes.” In 2002, Begun first proposed his theory that the common ancestor of humans and African apes lived 14 million years ago in Europe, not Africa. Fossil specimens from Hungary and Spain, among other European countries, have helped solidify his theory, providing evidence in their facial similarities to modern African apes. “We don’t find anything of the sort from Africa in the same time period,” he notes. “Most look like what came before, as if they were vestiges of the earliest apes.” He’s now trying to fill in the remaining gaps in ape and human evolution. Begun expounds on his theory in his recent book, The Real Planet of the Apes: A New Story of Human Origins, and in the essay “Out of Europe?” 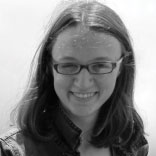 MAGDALENA DUDEKAs an undergraduate at Villanova University, Karen Zusi planned to become a wildlife biologist. She went on field excursions to study Swainson’s thrush in Nova Scotia and chickadees in Pennsylvania. After graduating, she accepted an internship with the US Fish and Wildlife Service in Florida. But as she plunged into intensive fieldwork, her plans started to change. “It was really lonely. I was walking around for days on end in the woods by myself. I began thinking this wasn’t right for me,” she says.

By this point Zusi had accepted a graduate fellowship at Frostburg State University in Maryland and went on to do her master’s research on neotropical river otters in Costa Rica. Upon finishing, she opted to pair her love of biology with her love of writing, and moved north to enroll in Boston University’s science-writing program. She completed an internship this summer in the communications office at the Yale School of Medicine.

As The Scientist’s current intern, Zusi is in constant contact with others—interviewing researchers on a daily basis for both online news and print articles. She enjoys reaching back to her education in cell and molecular biology. “It feels good to be able to stretch those mental muscles.” In this issue, Zusi explores new findings in cell biology that go against years of research on what happens to heat-shocked proteins (here), and she takes readers to ranches in Idaho where scientists solved the mystery of one-eyed lambs (here).