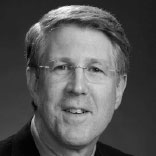 MARSHA MILLERStephen Hursting has spent his entire career at the intersection of cancer biology and obesity. “It’s this risk factor that’s been really underappreciated,” he says. At Earlham College in Indiana, he was first exposed to diet and disease prevention by biology professor William Stephenson. Hursting earned his PhD at the University of North Carolina at Chapel Hill (UNC), researching nutrition’s impact on the cancer process. After a postdoc at the National Cancer Institute (NCI), he spent four years as an assistant professor of epidemiology and molecular carcinogenesis at the University of Texas MD Anderson Cancer Center. In 1999, Hursting returned to the NCI to lead a new lab and training program focused on the nutrition-cancer link. Following a second stint in Texas, this time at the University of Texas at Austin (UTA) as chair of the Department of Nutritional Sciences, he returned to UNC last year with a... 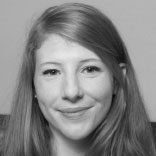 KURT TIDMOREAn Irish native, Ciara O’Flanagan studied cell biology and biochemistry as an undergraduate at Trinity College in Dublin. She pursued a PhD at University College Cork under Cora O’Neill, where she worked on Parkinson’s related genes and cancer. O’Flanagan met Stephen Hursting at an international conference in 2013. “Dr. Hursting was pursuing molecular aspects of some of his cancer biology systems, and he was looking for someone with my particular expertise,” she says. In January, O’Flanagan moved to UNC to begin a postdoc in Hursting’s lab. She has shifted from her cell culture experiments to looking at organisms as a whole, and she now investigates how energy balance can affect cancer progression in an individual. 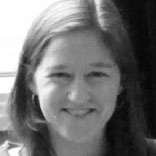 MICHAEL BOWERSAs a registered dietician, Laura Wells Bowers developed an interest in the molecular repercussions of obesity and followed her curiosity to graduate school. “I wanted to understand what was going on with the biology at a more detailed level,” she recalls. “It took me in directions I had never anticipated.” At UTA, she earned her PhD in nutritional science under the guidance of Linda deGraffenried. In cell culture, Bowers demonstrated that obesity-associated adipose tissue inflammation promotes increased estrogen production, which may lead to a worse prognosis for obese women with estrogen receptor-positive breast cancer. When Stephen Hursting left UTA to join the faculty at UNC, he invited Bowers to join him as a postdoc. She is now studying how various weight-loss diets affect the tumor-promoting effects of obesity using animal models.

Hursting, O’Flanagan , and Bowers explore the nature of obesity as a risk factor for cancer development in “Breaking the Obesity-Cancer Link.” 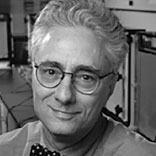 CHARLES MANLEYRudy Leibel recalls that, early in his career, physicians often referred their obese patients to endocrinologists, suspecting (or at least hoping for) a glandular problem. As a Harvard Medical School assistant professor of pediatrics trained in endocrinology, Leibel saw a large number of those patients. “It was very clear to me that—with rare exceptions—these individuals did not have classical disorders of the endocrine system,” he says. Intrigued by the physiological dysfunction associated with obesity, he moved to Rockefeller University in 1978 to train himself in the basic science and research aspects of obesity. Working with the late Jules Hirsch, Leibel demonstrated the human body’s dynamic metabolism in response to weight gain or loss. He and his colleagues mapped and ultimately cloned the mouse ob gene, hypothesizing that it encoded a hormone regulating satiety—later confirmed to be leptin. In 1997, Leibel joined the faculty at Columbia University, where he now codirects the Naomi Berrie Diabetes Center, serves as the Christopher J. Murphy Memorial Professor of Diabetes Research, and heads the division of molecular genetics in the department of pediatrics. “We’re trying to figure out what components of the environment are interacting with precisely what aspects of human biology to lead to the current prevalence of obesity,” he says. Leibel discusses the interplay between environmental factors and the human genome, and its combined impact on obesity, in “Coming to Grips with Obesity.”