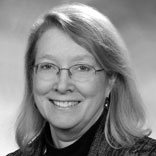 THE UNIVERSITY OF MARYLANDUniversity of Maryland neuroscientist Margaret McCarthy credits a Time Life book about the brain with sparking her curiosity about the complex and mysterious organ while she was a college student. To chase this curiosity, she enrolled in the Institute for Animal Behavior at Rutgers University as a graduate student and was one of the first to receive its newly minted PhD in behavioral neuroscience. McCarthy was drawn to studying how hormones control brain development. Factoring in hormones, she says, “involves thinking about the brain in the context of the whole body.” She studied hormone-regulated behavior and sex differences in the developing brain as a postdoc at Rockefeller University and at the National Institutes of Health (NIH) before joining the faculty of the medical school at Maryland in 1993. Now she is the go-to person among her neuroscientist colleagues as the NIH prepares to implement new guidelines... 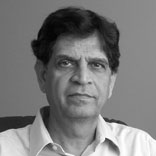 KAILASH GUPTAKailash Gupta has worked as a researcher in diverse regions of the world—from India to Indiana—and in areas from botany to virology. “You have to go with what you like and what you are interested in as you develop your career,” he says.  Gupta started his scientific career studying plant sciences as a master’s and PhD student in India and shifted to purine metabolism as a postdoc at Indiana University in Bloomington. To train as a virologist he moved to the University of Alabama at Birmingham, where he studied the replication of negative-sense RNA viruses. He continued this line of research as a faculty member at St. Jude Children’s Research Hospital in Memphis and Rush-Presbyterian-St. Luke’s Medical Center in Chicago. His interest in therapeutics for AIDs brought him to the National Institute of Allergy and Infectious Diseases in 2002, where, as a program officer, he oversaw projects focused on developing novel treatment approaches. In 2004, Gupta also helped found the online journal AIDS Research and Therapy, and served as its editor-in-chief until he retired last year. In “Pay-to-Play Publishing,” Gupta draws on his publishing experiences to examine many of the egregious practices currently plaguing online science publishing. 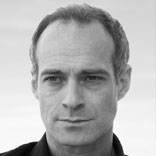 DURB CURLEEMalcolm Gay, a reporter for The Boston Globe, never intended to write a book about the brain. After earning a journalism degree from University of California, Berkeley, in 2003, he pursued his goal of covering the arts. As a freelancer Gay has reported on a variety of topics for publications such as The New York Times, The Atlantic, and Time.com. While researching a profile on a scientist studying brain-machine interfaces, Gay says, he quickly realized he had on his hands a fascinating topic that bridged the fields of science and philosophy. In many ways, the science of brain-machine interfaces represents “the oldest of human stories: trying to achieve something beyond our present form.” He took on the challenge of grappling with the science and drew from his own background in philosophy to pen his first book, The Brain Electric, which he discusses in “Brain New World.”