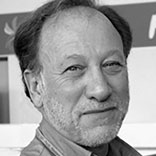 CHRISTOPHER COEGrowing up in New York City with a father trained in psychology, Christopher Coe often discussed theories of nature versus nurture at the dinner table. Decades later, Coe would put some of those ideas to the test, conducting nonhuman primate research and clinical studies to understand how prenatal life influences later health. After majoring in anthropology and biology at the City College of New York, Coe earned his doctorate in neuroanatomy and neurophysiology from SUNY Downstate Medical Center. His love for anthropology, however, remains strong. “I usually pick my holiday countries to visit based on both the people [and the] culture, as well as whether monkeys also live there,” he wrote in an e-mail while vacationing in the Namibian desert.

During a postdoc at Stanford Medical School in the early 1980s, Coe studied neuroendocrinology and psychoneuroimmunology. Now, at the University of Wisconsin–Madison, his research incorporates all aspects of... 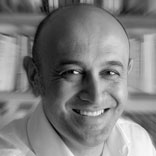 COURTESY OF AL-KHALILIUniversity of Surrey physicist and Chair of Public Engagement in Science Jim Al-Khalili became accustomed to straddling two worlds as he was growing up in Baghdad with his Iraqi father and British mother. After earning a PhD in theoretical nuclear physics at the University of Surrey and spending two years as a postdoc at University College London, he returned to Surrey, where he became a full professor of physics in 2005. A series of high school lectures Al-Khalili gave on behalf of the Institute of Physics turned into his first popular science book, Black Holes, Wormholes & Time Machines, and by 2007, Al-Khalili says he found himself spending half of his time in the lab and the other half working as what he calls a “public scientist.” 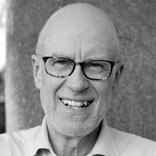 © PAOLA DEPAOLABiologist and science writer Johnjoe McFadden studied biochemistry as an undergrad at the University of London and molecular genetics as a PhD student at Imperial College London. While a postdoc at St. Mary’s Hospital Medical School, he examined the genetics of Crohn’s disease, but soon shifted to studying the bacteria associated with the condition. As a lecturer at the University of Surrey in the late 1980s, McFadden happened to read a paper on bacterial gene mutations around the same time he was reading a book on quantum mechanics and wondered if, like the observer effect in quantum mechanics, bacterial DNA was altered whenever a cell examined its own genome, biasing some mutations over others.

McFadden presented his ideas to the physics department at Surrey.  “Most of my colleagues didn’t take it very seriously,” Al-Khalili says.  But almost 20 years and many cups of coffee and pints of beer later, their book Life on the Edge introduces the emerging field of quantum biology, an active area of research in Al-Khalili’s group. McFadden and Al-Khalili reflect on the state of quantum biology in “Good Vibrations.” 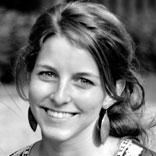 VICTORIA WILLIAMSWhether by choice or by chance, The Scientist’s current intern Amanda B. Keener tends to take the unconventional route. As an undergraduate at Sweet Briar College in Virginia, the New Jersey native decided to pursue cell and molecular biology. But most of the biology faculty studied ecology, so Keener took the initiative to get her lab experience at other universities during the summers. “If there’s an established route and everybody’s doing it, I’m not going to be drawn to it,” she says. Keener’s advisor noticed her science chops and encouraged her to go to graduate school. At the University of North Carolina at Chapel Hill, Keener earned her PhD researching B-cell responses to Staphylococcus infections and launched a science blog. While wrapping up her dissertation last summer, Keener interned with Nature Medicine’s news team, solidifying her decision to apply her science training to writing. “I loved it. [My editor] really transformed the way I wrote.” Keener is carving her own path at The Scientist as well. This issue’s Literature section is expanded to twice its usual page count to make room for Keener’s in-depth reporting on dogma-challenging developments in lymphatic biology (“Rethinking Lymphatic Development”).