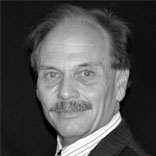 When Rodney Dietert began his scientific career studying the immune system in animal models as an immunogenetics PhD student at the University of Texas at Austin, he had no idea his path would lead him so deep into public health and human microbiome research. Now a professor at Cornell University, Dietert credits his wife, Janice Dietert, a science editor and novelist, for spurring his venture into public-health research. As a former learning-disabilities specialist at the State University of New York at Binghamton, Janice Dietert noted connections between her husband’s immunology, toxicology, and microbiome research, and the chronic health and neurological issues plaguing many of the disabled adults she had worked with. 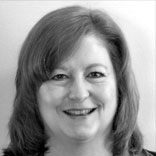 When he was invited to write a journal paper describing what he thought was the key biological sign of a healthy life, Rodney Dietert says the concept of the “completed self” came to him in the middle of... 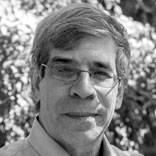 ROBERT KOZLOFF/THE UNIVERSITY OF CHICAGOAs long as geneticist Jerry Coyne has been in science, he’s enjoyed writing for nonscientists. He has written more than a hundred book reviews and articles for publications like The Times Literary Supplement and The New Republic, beginning during his days as a graduate student at Harvard University, then as a postdoc at the University of California, Davis, and finally as a faculty member, first at the University of Maryland and later at the University of Chicago, where he has studied speciation since 1996.

Throughout his career, Coyne has remained active in the lab, mentoring just one student at a time. “My philosophy’s always been that if you replace yourself with one good student, you will be a success.” He’s now replaced himself five times over. “I come from a lineage of scientists who not only worked in the lab with their own hands, but refused to take credit for their students’ work,” says Coyne. “I’m proud of that lineage.”

Now, as Coyne starts winding down his research, he looks forward to focusing on writing. He says that while “science long ago became less challenging, in terms of what skills one must acquire,” he is still mastering the craft of writing. Coyne opines on the perpetual conflict between science and religion in “The War Rages On,” based on his new book, Faith vs. Fact: Why Science and Religion Are Incompatible. 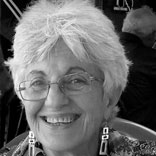 © PHIL STRAUSAlthough copy editor Annie Gottlieb enjoyed science as a college student, she didn’t have the stomach to decapitate mice and was not interested in spending all her time with lab equipment. For more than 35 years, she worked as a freelance critic and writer, contributing reviews to publications such as The New York Times Book Review and The Village Voice, and authoring several books. But in 2006, the opportunity to edit and blog for Natural History rekindled her scientific curiosity. “Here was my love of science flooding back,” she says. The job fit well with her other occupation at the time, which was caring for her ill husband, an author, actor, and Gulag escapee who died in 2010.

Gottlieb says that copyediting for The Scientist has allowed her to experience the challenge of working with technical material while remaining “on the sidelines” of science. When she’s not copyediting, writing, or reviewing books, Gottlieb studies karate—a practice that has taken her to Japan several times over the last 40 years. She also maintains a blog called A Cold Eye, where she explores how science influences culture. As a science communicator, Gottlieb sees herself at the intersection of science and culture, and she wouldn’t have it any other way. “It’s the place to be,” she says.