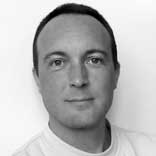 WIM HORDIJKWim Hordijk, a self-proclaimed “wandering scientist,” has worked on computational projects on six continents. A native of the Netherlands, Hordijk completed his graduate studies with Melanie Mitchell and Jim Crutchfield at the Santa Fe Institute in New Mexico, where he used computer simulations to study how individual units in natural systems can coordinate to make decisions. After earning his PhD from the University of New Mexico in computer science in 1999, “I knew I wanted to see more of the world,” says Hordijk, who decided to use his research as an excuse to live in various locations around the globe. Among his favorite places are New Mexico, where he returns as often as he can, and New Zealand, where he did postdoctoral work with Mike Steel at the University of Canterbury in Christchurch on autocatalytic sets—groups of molecules that can catalyze all the reactions necessary to make... 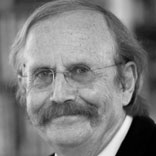 KEVIN WALSH“Pasteur said, ‘Chance favors the prepared mind.’ Well, it also favors the unprepared mind, if you just notice things as they happen,” says Stuart Anstis. Anstis began his studies in philosophy at the University of Cambridge in his native England, but when his advisor commented, “you’re not exactly Bertrand Russell,” he switched to psychology. While most of the professors Anstis met while searching for a graduate advisor were dull, he recalls, his conversations with neuropsychologist Richard Gregory were “sparkling, full of jokes, and just an inspiration.” After graduate and postgraduate work with Gregory, during which Anstis discovered and explored the ramp aftereffect, which occurs when our eyes and brain adjust to dimming light by making it seem brighter, Anstis continued to study visual perception as a professor at the University of Bristol. Eventually, he worked his way westward, spending 10 years as a professor at York University in Toronto before joining the faculty at the University of California, San Diego, where he is today. Anstis’s current research includes investigating how the mind fills in blind spots in our vision, even among people who have a large blind spot in the middle of their visual field. He has just completed a research tour in Japan. In “Seeing Isn’t Believing,” Anstis explains visual tricks played on us by our brains as we perceive motion. 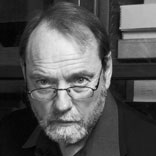 AMNH/DENIS FINNIN“What has been really fascinating about my career is the variety,” says Ian Tattersall. “I don’t have a typical day ever, and it’s never been boring.” Although he grew up in East Africa, in the geographic midst of key discoveries about the origins of modern humans, Tattersall did not become aware of those findings until his undergraduate days at Cambridge, where he says he “fell into” paleoanthropology by “happy accident.” During his doctoral research with Elwyn Simons at Yale University, he studied the diverse extinct lemurs of Madagascar, which led him to a career exploring evolutionary experimentation in hominid evolution, both in the field and in the lab. Tattersall, now a curator emeritus at the American Museum of Natural History in New York City (where he has been since 1971), has curated permanent and special exhibitions on the topic and authored more than 20 books. In his 2012 book, Masters of the Planet: The Search for Our Human Origins, he sought to explain just how human beings became the peculiar creatures they are, but found he couldn’t include the history of the field because “it got in the way.” His latest work, The Strange Case of Rickety Cossack, serves as a companion volume that traces the tangled web of the discipline’s history. “Within the next couple decades, we will develop a totally different understanding of human evolution,” Tattersall predicts. “It’s a tremendously exciting period, and new discoveries are being made all the time.” Tattersall provides a taste of the complex history of paleoanthropology in his essay “Reimagining Humanity.”