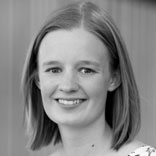 GISELLE HABERA native of Melbourne, Australia, Genevieve Martin enrolled in a one-year honors program during her medical training at Monash University to study age-related changes in monocytes from HIV-infected women. “When I started this year in HIV medicine, I just became absolutely fascinated, and I thought, this is what I want to do,” Martin says.  During her honors research, she first encountered the concept of HIV latency and was struck by “the audacity of the idea.” Martin has just begun doctoral research on the topic with John Frater at the University of Oxford. 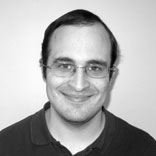 JODI GIRNUNMatthew Pace’s high-school fascination with biology continued during his undergraduate years at St. Joseph’s University in his hometown of Philadelphia, where he earned extra money over the summer working in a biochemistry research lab. Eventually, Pace became interested in pathogens and disease, and focused on HIV latency during his doctoral work with... 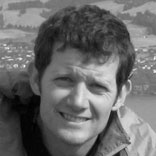 JOHN FRATERWorking in the AIDS ward of St. Mary’s Hospital in London in the mid-1990s, John Frater, fresh out of medical school, decided to conduct  HIV research. He pursued doctoral work with Myra McClure at Imperial College London, investigating the responses of different HIV strains to retroviral medicines, and later probed the human immune response to the virus as a clinical lecturer in the lab of Rodney Phillips at Oxford. Frater remains at Oxford, where he is now a research lecturer in the Nuffield Department of Medicine. He is cofounder and codirector of Collaborative HIV Eradication of Reservoirs: UK Biomedical Research Centres (CHERUB), a collaboration among multiple research institutes that seeks a definitive cure for the disease.

Martin, Pace, and Frater explore the mystery of HIV latency in “Hidden Menace.” 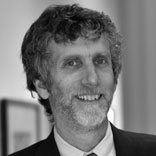 IAVIIn the 1970s, Wayne Koff investigated antiviral drugs against influenza while a doctoral student in Vernon Knight’s lab at Baylor College of Medicine. Pursuing what would become a lifelong interest in vaccine development, Koff went on to explore dengue vaccine development and macrophage-mediated suppression of viral infections, a line of inquiry he followed as an assistant professor at the University of Texas MD Anderson Cancer Center in the mid-1980s. In 1986, as the HIV/AIDS epidemic emerged as a public health concern, he undertook a one-year internship at the National Institutes of Health to study the disease, inspiring him to combine his latest research with his long-standing interest in vaccines. After completing his internship, Koff spent four years as NIAID’s branch chief for AIDS vaccine research and development before serving six years as vice president for vaccine research and development at United Biomedical. In 1998, Koff joined the International AIDS Vaccine Initiative (IAVI) as vice president of research and development and is today IAVI’s chief scientific officer. “We’re in a renaissance period in the AIDS vaccine effort,” Koff says. “Years ago, people would ask if an AIDS vaccine would ever be possible. Now, the question is no longer ‘If.’ It’s ‘When?’ ”

Koff explains the science behind designing an HIV/AIDS vaccine in “Defeating the Virus.” 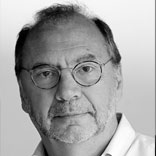 HEIDI LARSONAs a medical student at the University of Ghent in his native Belgium, Peter Piot was told there was no future in infectious disease medicine. Undaunted, he conducted doctoral research in microbiology at the Institute of Tropical Medicine Antwerp, where in 1976 he analyzed the blood sample of a Belgian nun who had died in northern Zaire (today Democratic Republic of the Congo). He and his colleagues isolated a completely new and deadly virus: Ebola. In the early 1980s, Piot began serving on the front lines of the rising HIV/AIDS epidemic in both Antwerp’s gay community and in Africa among heterosexuals. “I never understood why a virus would care about the sexual orientation of a human host,” Piot said in a 2012 interview at the London School of Hygiene and Tropical Medicine, where he has served as director since 2010. Piot’s interest in advocacy led him to found and direct UNAIDS from 1995 to 2008. Piot provides his perspective on the history and future of the science and politics of AIDS in an essay, “Attacking AIDS on Many Fronts,” based on his new book AIDS: Between Science and Politics.