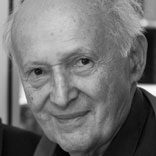 STEFAN IMREHIn the summer of 1947, George Klein was halfway through medical school in war-ravaged and increasingly dictatorial Hungary, his native country, when he met a young woman, Eva, who was, like him, a Jewish medical student who had survived the Holocaust. One week later, he received notice that against all odds his papers had been cleared for a student trip to Sweden. When Klein returned to Hungary in September, he and Eva married, and with much diplomatic wrangling they were both able to move to Sweden the following year. There, George completed his medical studies at the Karolinska Institut in Stockholm in 1951, and after Eva finished hers in 1955, they became partners not only in life but also in research. George headed Karolinska’s Department of Tumor Biology from 1957 to 1993, and the couple investigated the heterogeneity of cell types in tumors and the role of...

George Klein explores the evidence for innate cancer resistance in the feature and the role of the tumor environment in a feature article, “Resisting Cancer.” 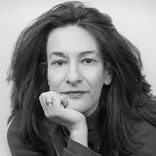 E. E. GIORGI“I’ve always loved math. I love the fact that it’s pure and perfect,” Elena E. Giorgi says. “But after a while I realized that pure and perfect is not quite applicable to real life.” When she moved from her home country Italy to pursue a master’s degree in biostatistics at the University of Southern California, Giorgi took her passion for mathematics and applied it to a newfound interest in genetics. “I was absolutely fascinated by how cells work,” she recalls. “It wasn’t easy, but I really enjoyed learning the literature on my own.” After completing her master’s degree, Giorgi moved with her husband, a theoretical physicist, to the Los Alamos National Laboratory, where she completed a PhD in applied mathematics, studying HIV vaccine design under the guidance of Bette Korber. Now a computational biologist at Los Alamos, Giorgi is also a novelist. She has written short stories off and on for many years, but her interest in biology inspired her first in a series of detective novels, Chimeras, published in 2014. “It’s really the science and the genetics that got me going with all these ideas,” she says. Her research into chimeras, in particular, has changed the way she thinks about identity: “Who are we if we carry cells from somebody else?” she asks.

Elena Giorgi’s feature, “From Many, One,” examines the weird and surprising science of genetic mosaicism. 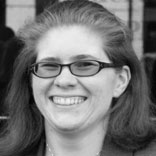 JULIE PALAKOVICH-CARRAs a newly minted MIT PhD, Jenny Rood decided to enroll in that institution’s science writing master’s program. It was not the first time the Colorado-raised biochemist had taken leave of research. Years earlier, after finishing her undergrad degree at Harvard University, Rood packed up for Germany to spend five months as an International Parliament Fellow, interning in the office of a member of parliament. As the daughter of a linguist and a scholar of  German-language literature, Rood already spoke German and became a valuable translator of documents. Although she returned to the bench after Berlin, her second exit from the lab would prove permanent. “It’s been almost three years since I’ve had a pipette in my hands, and I don’t miss it at all,” Rood says. As an intern for The Scientist, Rood wields a pen rather than a pipette, contributing articles on topics as varied as the discovery of thirst neurons in mice to an art installation based on bacteria. “The sheer variety of [science writing] is something that appeals to me,” says Rood. In her reporting on page 88 about the discovery of leukemia, Rood stumbled upon a parallel history of the use of micrographs in communicating science discoveries.