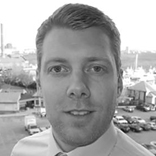 SCHEIBYE-KNUDSENMorten Scheibye-Knudsen has been investigating the mysteries of mitochondria since his medical school days at the University of Copenhagen. After setting up a company that is the largest recruiter of volunteers for clinical trials in Denmark and serving as a physician both there and in Greenland, Scheibye-Knudsen moved to the National Institute on Aging in Baltimore in 2008. First as a postdoc and now as a research fellow, he has become particularly interested in the role of mitochondrial defects in diseases of accelerated aging. “Some of these acceleration disorders have a very strong neurological phenotype,” he says. “And what’s interesting about that phenotype is that it correlates very strongly with what’s seen in mitochondrial diseases.” He created an online tool, mitodb.com, which allows users to explore the role of mitochondria and their relationship to aging and the brain in several of these disorders. In the future, Scheibye-Knudsen hopes to...

Scheibye-Knudsen explores how brain metabolism changes with age in his feature, “Nourishing the Aging Brain.” 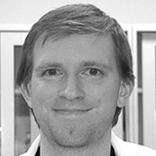 CARLY CHASINMichael Van Meter received his bachelor’s degree from Union College in Schenectady, New York, where he majored in biochemistry. He credits much of his early interest in biology to influential mentors and undergraduate research experiences. After receiving his undergraduate degree, he enrolled in graduate school at the University of Rochester, where he studies the molecular biology of aging in the laboratory of Vera Gorbunova and Andrei Seluanov. “The more I read about aging, the more I realized how little we really know about it,” Van Meter explains. “This lack of knowledge struck me as odd because aging is a universal concern.” While studying a protein, SIRT6, which enhances life span in mice, Van Meter found that it regulates a damaging retrotransposon lurking in our DNA. “The idea that genomic parasites hidden within our genome might be getting loose as we get older and wreaking havoc is very exciting,” he says. “It is a new direction that has the potential to change the ways in which we understand aging processes.” 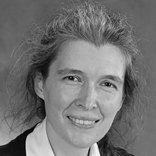 UNIVERSITY OF ROCHESTERAs a young undergraduate at Russia’s St. Petersburg State University, Vera Gorbunova attended a scientific lecture on cellular aging. “It just made such an impression on me that I wanted to be involved in aging research,” Gorbunova remembers. After finishing her bachelor’s degree, however, she did her doctoral research on plant transposons in the lab of Avraham Levy at the Weizmann Institute of Science in Israel. That work provided her with insights that would shape her future interests. “Once I started working with human cells and animals, it was always in the back of my mind that transposons may be playing a role in animal aging,” she says. Gorbunova completed a postdoc at Baylor College of Medicine before setting up a lab with her husband, Andrei Seluanov, at the University of Rochester. Together, they have returned to the problem that fascinated Gorbunova from the beginning. “Aging is one of the most important problems in biology and medicine right now,” Gorbunova says. “Most diseases that people suffer from in developed countries are actually a consequence of aging.” 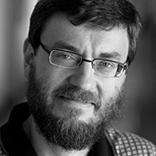 UNIVERSITY OF ROCHESTERAndrei Seluanov met Gorbunova while they were undergraduates in St. Petersburg. Together they dreamed about one day setting up a lab to study the biology of aging. They married before moving together to Israel to continue their education at the Weizmann Institute of Science, where Seluanov completed his doctoral work in biochemistry with Eitan Bibi before doing postdoctoral work at Baylor College of Medicine. In 2004 Seluanov and Gorbunova founded their joint laboratory at the University of Rochester. Their research focuses on cellular and molecular mechanisms of aging using traditional model systems such as human cells and mice, as well as unconventional long-lived animals such as naked mole rats, squirrels, beavers, and even whales. Gorbunova and Seluanov maintain their own colony of naked mole rats, which they compare to the more than 25 other rodent species in their collection to understand why naked mole rats enjoy such long, cancer-free lives. The longevity mechanisms revealed by this approach often contain surprises that delight Seluanov. “It’s quite amazing to study these unique long-lived animals,” he says. “It means you don’t know what you’ll get next.”

Van Meter, Seluanov, and Gorbunova describe the role retrotransposons may play in aging in a feature, “Wrangling Retrotransposons.”