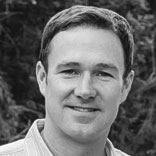 MEGHAN GRIFFITHSA passion for teaching led Philadelphia native Christopher Sullivan to pursue a PhD at the University of Pittsburgh, where he soon “fell into virology” while studying simian virus 40 (SV40) in Jim Pipas’s lab. Sullivan spent his graduate career deciphering the functions of “the most amazing molecule in the universe”—SV40’s multifunctional large T antigen, which participates in DNA replication and virion assembly and plays an essential role in virus-driven tumor formation. As a postdoc working with Don Ganem at the University of California, San Francisco, Sullivan continued to study SV40, taking advantage of its small genome to discover how microRNAs allow the virus to evade host immune recognition. He went on to identify microRNAs of larger viruses such as Kaposi’s sarcoma-associated herpesvirus. In 2006 he joined the faculty of the University of Texas at Austin, where his research group aims to unravel “the mysteries of how [DNA... 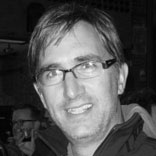 KAI-UWE HINRICHS, UNIVERSITY OF BREMENJan Amend set up his first geomicrobiology lab at landlocked Washington University in St. Louis, where he developed a research interest in shallow submarine hydrothermal environments, which don’t require visits by unmanned robots to collect data. “I can always grab my scuba tank and dive buddy and do research,” Amend says. He majored in chemistry at the University of California, San Diego, before pursuing a PhD in geochemistry at the University of California, Berkeley, where he first heard about  hyperthermophiles. “I realized that with just geochemistry I probably wasn’t going to answer some of the interesting questions,” Amend recalls. Thus, he took a postdoc position in Sicily, studying the organisms living in the nearby volcano-heated waters. Amend learned microbiology in a second postdoc with John Baross at the University of Washington in Seattle before starting his own lab in St. Louis. Since then, Amend has collected samples from Yellowstone and Papua New Guinea and moved to the University of Southern California, where he now grows thermophiles to study.  “I do love the hunt for the limits to life,” Amend says. “Not because you’re setting a record, but just because of what it could mean for understanding life.” 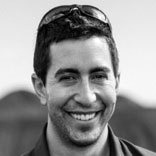 CONOR TOUMARKINEJeffrey Marlow’s fascination with extreme environments arose from his outdoor explorations on childhood trips to Yellowstone and into the mountains of his native Colorado.  As he grew older, he wanted to “figure out how microbes can adapt to all of these crazy environments,” leading him to join Amend’s lab as an undergraduate at Washington University. Marlow is now a doctoral student in Victoria Orphan’s lab at the California Institute of Technology, where he studies anaerobic methane-oxidizing microbes that inhabit  the deep ocean. But he still collaborates with Amend, sometimes inspired by less exotic microbiota. “Conversations just come up over beers,” Marlow says. And while Marlow continues to champion the “intense, competitive extremophiles in everyday soil that we just don’t really appreciate,” he’s also still drawn to exotic habitats.  Recently, he returned from a research trip to a volcano on Vanuatu.  “It was very, very exciting,” he says. “I think that we’re going to be able to figure out when life can start to colonize newly formed rock.”

In their feature, “The Energy of Life,” Marlow and Amend argue for a redefinition of the term “extremophile.” 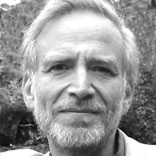 ANN CALE KRUGERAs a high school student in Brooklyn, New York, in the early 1960s, Melvin Konner recalls friendly arguments with a history teacher that set him off on a quest “to learn more than anybody else in the world about the scientific basis of human nature.” At the time, he says, “nobody knew anything” about that subject, which became the focus of his career. Now a professor of anthropology at Emory University, Konner has also trained as a physician and has written several books on human evolution. As a PhD student at Harvard, he conducted field research among the San hunter-gatherers in Botswana (popularly known as Bushmen), an experience that revealed to him the cross-cultural variability of differences between men and women. One universal difference, says Konner, is the male tendency toward violence and aggression. This is among the factors precipitating an end to male dominance in human society, Konner argues in his forthcoming book, Women After All: Sex, Evolution, and the End of Male Supremacy, and in an essay in this issue. He provides a context for human sexual differences by chronicling “the very different adaptations for sexuality found in different parts of the animal world,” from parthenogenic lizards to female-dominated troops of lemurs.