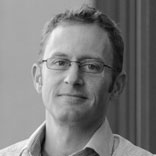 DALHOUSIE UNIVERSITYJohn Archibald traces his fascination with evolutionary biology back to the book Lucy: The Beginnings of Humankind, in which Donald Johanson recounts his discovery of a 3.2-million-year-old bipedal hominin skeleton. As an undergraduate at Dalhousie University in his native Nova Scotia, Archibald says, he “became smitten by the idea that the DNA of present-day organisms could provide insight into events that occurred millions and even billions of years ago.” Now a professor of biochemistry and molecular biology at Dalhousie, he examines the genomic imprints of the endosymbiosis that gave rise to the chloroplasts of algae and plants. But DNA analysis is only part of the story—ideas about endosymbiosis are much older than modern molecular techniques. For his book One Plus One Equals One: Symbiosis and the Evolution of Complex Life, Archibald researched the origins of endosymbiotic theory. “As someone trained in the modern genomic era,” he says, “if asked how I know where mitochondria and chloroplasts came from, I would say, ‘Well, the genomes tell us where they came from. Isn’t that just dead obvious?’ But it wasn’t always this way.” In an essay, Archibald previews his retelling of the fortuitous confluence of ideas and technical advances that enabled scientists in the 1960s, ’70s, and ’80s to reconstruct the evolution and diversification of complex cells. 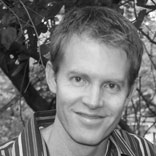 RYAN PETERSA. Marmaduke Kilpatrick was studying population biology as a graduate student at the University of Wisconsin–Madison when a class on wildlife disease and a visit to Hawaii shifted his focus. For his dissertation work, he investigated the effects of avian malaria on Hawaiian honeycreepers. “It’s a horrible story about how humans brought mosquitoes to Hawaii and then mosquito-borne disease followed, and that devastated the native bird community,” he says. Now an associate professor of ecology and evolutionary biology at the University of California, Santa Cruz, Kilpatrick is tracking the spread of white-nose syndrome among North American bats. Documenting the bats’ decline has prompted him to take a more active role in wildlife management, which he says will require overcoming risk-averse attitudes. In collaboration with wildlife managers in Wisconsin, Kilpatrick hopes to try manipulating the bats’ hibernation sites to create cool, dry conditions that are less hospitable to the fungus that causes the disease. When populations are “crashing so quickly . . . it’s hard to imagine making things that much worse,” he says. “Things that ordinarily might seem like crazy ideas don’t seem as crazy.” In “A Race Against Extinction,” Kilpatrick assesses the status of white-nose syndrome, as well as chytridiomycosis in amphibians and West Nile virus in birds. 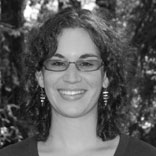 COLT HANGENTS intern Molly Sharlach acquired her interest in biology from an early age as she hiked and skied cross-country with her father around their family home in Connecticut. She zeroed in on microbiology while an undergrad at Williams College, where she researched Agrobacterium, a soil bacterium that causes tumors in plants. After earning a bachelor’s degree with a double major in biology and Russian, Sharlach spent two years as a lab technician at Harvard Medical School, where she worked in a cardiovascular research lab focused on the effects of vitamin A metabolism on diabetes and obesity. She then returned to microbiology, completing a PhD in the University of California, Berkeley, lab of Brian Staskawicz where she studied plant disease resistance, breeding thousands of tomato plants to map a resistance gene to bacterial spot disease. While working on her doctorate, Sharlach wrote a few articles for the Berkeley Science Review, a grad-student run campus magazine, and realized that she wanted to broaden her involvement in science. Right after obtaining her degree, she enrolled in the UC Santa Cruz Science Communication Program, which she completed in June 2014. Of her internship, Sharlach says: “I like working at The Scientist because I get to see, on a daily basis, what a real science-news operation is all about.” Upon completing her internship she will begin working full-time at the Rita Allen Foundation in Princeton, New Jersey.