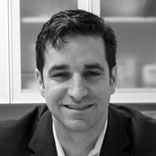 As a teenager, Eric Leuthardt launched his neurosurgery career in the lab of Keith Crutcher at the University of Cincinnati by dissecting the spinal cords of fingernail-size chicken embryos under a microscope to test how magnetic and electrical fields influenced neuron outgrowth. Crutcher, whom Leuthardt describes as “a deeply religious man,” inspired him to study both biology and theology as an undergraduate at Saint Louis University. “Ironically, I’d say the theology major was probably more important for my scientific career than my biology major,” Leuthardt says. “Theology forces you to look at the big picture.” Leuthardt began research on brain-computer interfaces as a neurosurgery resident at Washington University School of Medicine in St. Louis, where he is now an associate professor and the director of the Center for Innovation in Neuroscience and Technology. He is also the author of a techno-thriller, RedDevil 4, which explores “the good,... 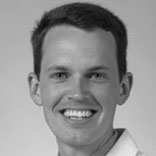 Long before he operated on a brain, Jarod Roland was drawn to software programming and to “the fantasyland inside of a computer.” As an undergraduate at the University of Texas at Dallas, Roland immersed himself in game design and graphics programming. But in his senior year, deterred by the growing size of game companies, he switched to a premed track, performing rat craniotomies in Michael Kilgard’s lab. Then, as a medical student at Texas Tech University Health Sciences Center, Roland was introduced to brain-computer interfaces during an extramural fellowship in Leuthardt’s lab. Now a fourth-year neurosurgery resident at Washington University in St. Louis, Roland continues to collaborate with Leuthardt and hopes that his work will make electrocorticography a viable way to restore communication abilities to injured patients. “The really interesting part to me is putting the neuroscience together with the engineering,” he says. 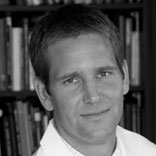 Wilson Ray entered the University of Iowa College of Medicine intent on becoming an orthopedic surgeon. “But when they asked where the tendons or ligaments attached, I didn’t know, and I didn’t want to know,” he says. The brain, on the other hand, “was fascinating on every level.” Now an assistant professor of neurosurgery at Washington University in St. Louis, Ray focuses on the peripheral sensing capabilities of neuroprosthetics. “It’s one thing to get distal motor control after a stroke or a spinal cord injury, but you want to have that sensory integration coming back from the distal target to provide good functional control,” Ray says. “It’s the bidirectional nature that is really the next horizon.”

In  “Neuroprosthetics,” Leuthardt, Roland, and Ray detail the advances, challenges, and prospects for joining human brains to computers. 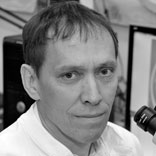 Netherlands native J.G.M. “Hans” Thewissen spent childhood vacations collecting fossils all around western Europe. “For my 12th birthday I got a rock hammer,” he recalls. After earning a PhD in geology at the University of Michigan studying an extinct group of mammals called condylarths, Thewissen traveled to Pakistan to examine how organisms changed after the collision of the Indian tectonic plate with Asia about 50 million years ago. Unfortunately, he was forced to leave after the First Gulf War began. “I came back with very few fossils,” he says. “However, one of those fossils happened to be the ear of a whale.” More specifically, Thewissen had found the animal’s ear ossicles—the tiny little bones of mammalian ears that transmit sound to the cochlea—which “were actually not known for these early whales, so that was pretty cool,” he says. The next season, Thewissen discovered Ambulocetus, the first complete skeleton of a whale with hind legs. Thus began his career-long passion for whale evolution, which he chronicles in his book, The Walking Whales: From Land to Water in Eight Million Years. Thewissen, a professor of anatomy at Northeast Ohio Medical University since 1993, offers a taste of his adventures in his essay, here.