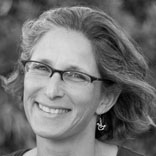 Emily Monosson began exploring chemistry under her mother’s sink, mixing home cleaning liquids together to fashion “insect killers” and mystery solutions. “I was always fascinated by these chemicals that could kill you,” she recalls. Since then, her childhood love of chemicals has blossomed into a career as an environmental toxicologist.

Monosson studied biology as an undergraduate at Union College in Schenectady, New York, and earned a PhD in biochemical toxicology at Cornell University. She describes herself as “a scientific vagabond,” as balancing her scientific interests and family has led her to juggle writing, teaching at local colleges, and consulting as an independent toxicologist. Monosson began blogging about chemicals that were in the news at The Neighborhood Toxicologist, a process that eventually led to her first book, Evolution in a Toxic World. A chapter in that book sparked her second book Unnatural Selection: How We Are Changing Life,... 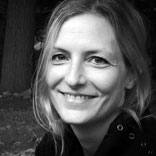 It wasn’t until TS correspondent Ruth Williams had completed her postdoctoral studies that she finally accepted her lot in life as a science writer. “All the evidence was there, from my A levels in biology, certainly in university, and then beyond,” she says. “I just kept masochistically ignoring the signs.” Even during difficult times, Williams did not desert the bench. When her PhD advisor at King’s College London quit unexpectedly, Williams found a new lab. When nuclear-transfer experiments kept failing during her postdoc at the Medical Research Council’s Clinical Sciences Centre in London, she repeated them again, and again, and again. But writing always tugged at her, and she eventually listened, taking a position as an editor at Nature Reviews Neuroscience after completing her postdoc. “Two weeks into the job, I was like, ‘This is the job for me.’ It was like I came home.” Shortly after, she moved to New York to become a news editor for two journals, and now enjoys the flexibility of freelancing. Her tenacity and love of science is evident in her contributions to The Scientist, tracking down breaking science news for the-scientist.com each week and digesting cutting-edge techniques in her entertaining and informative Modus Operandi articles every month (here). 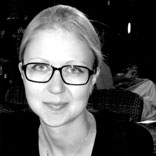 Anna Azvolinsky published her first story about science while working as a full-time consultant. Trained as a biologist, she earned a BA from the University of Pennsylvania, and during graduate research at Princeton studied how cells ensure DNA replication occurs accurately, using baker’s yeast as a model system. After earning her PhD in molecular biology, Azvolinsky moved on to a postdoctoral position at Memorial Sloan Kettering Cancer Center and then to consulting with Goldman Sachs and other firms, before turning to full-time science writing.

In her work as a correspondent for The Scientist, both in print and online, Azvolinsky particularly enjoys talking to scientists about the significance of their findings, whether it’s breaking news or the arc of a long and fruitful research career. “It’s a way of looking behind the process, at how people who are super-successful have got to that point,” she says. “It’s not always clear to the lay public how science is done. I strive to make that process more transparent.”

Azvolinsky’s work has also appeared in Nature Medicine, LiveScience, and the Journal of the National Cancer Institute. In this issue, she profiles vision researcher John Dowling in “An Eye for Detail.”