The child of scientist parents, Tennessee native Mark Genung couldn’t imagine being anything other than a scientist himself. Genung did his undergraduate degree in biology at the University of Tennessee and stayed on for graduate school, earning a PhD in ecology and evolutionary biology in the labs of Jennifer Schweitzer and Joseph Bailey. His dissertation focused on the interactions among goldenrod, its pollinators, and other insects—one example of the indirect genetic effects a species can have within an ecosystem. Currently a postdoc at Rutgers University, Genung aims to research the temporal stability of crop-pollinating insect populations.

Jennifer Schweitzer, an associate professor in ecology and evolutionary biology at the University of Tennessee, earned her PhD at Northern Arizona University. Her lab’s research homes in on the connections between soil and plant genetics in species ranging from Australian eucalyptus, showy goldenrod in the southeastern U.S., and coastal evergreens in Hawaii.

Genung, Schweitzer, and Bailey explore the wide-ranging influence of indirect genetic effects in “Beyond the Blueprint.” 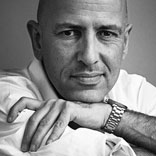 In a bookshop in Athens 10 years ago, Armand Leroi stumbled across an old copy of Aristotle’s Historia animalium. Captivated by the richness of the work, Leroi traveled to the island of Lesbos to visit the lagoon where the ancient philosopher had studied and raised fundamental questions in zoology. Leroi sees a “wonderful symmetry” between Aristotle’s works and how he became a biologist himself. As a child who watched birds and collected tadpoles and seashells, “I always knew I would be a biologist of some sort,” he says. Leroi went on to study biology at Dalhousie University in Halifax, Nova Scotia. He earned a PhD at the University of California, Irvine, researching the evolutionary life histories of Drosophila, and followed it up with postdoctoral research on C. elegans at Albert Einstein College of Medicine in New York. Leroi is now a professor of evolutionary developmental biology at Imperial College in London. Years after abandoning seashells and studying fruit flies and worms, reading Aristotle’s zoological text was “a reminder of where I myself had begun doing biology as a child,” says Leroi. He writes about his book Aristotle’s Lagoon in an essay, here. 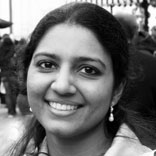 After studying the genetic jumps that gave benign, commensal bacteria the ability to express pathogenic enterotoxins, Jyoti Madhusoodanan made her own jump from scientist to science writer. Madhusoodanan had studied biochemistry as an undergraduate at St. Xavier’s College in Ahmedabad, India, and as a master’s student at the MS University of Baroda, then went on to complete a PhD in microbiology at SUNY, Buffalo. Throughout, “I always knew I wanted to be doing both science and writing,” she says. “Around the second or third year of my PhD I realized there was a whole career called science writing.” Upon completing her doctorate, Madhusoodanan traded the shores of Lake Erie in upstate New York for the coast of California, where she earned a certificate in science writing at the University of California, Santa Cruz. Her work has appeared in Nature, Inside Science, and Discover, among others. As part of her internship with The Scientist, Madhusoodanan writes for the TS website and for the magazine. You can find her byline in The Literature column and on a Foundations article about the division between chemistry and alchemy as expressed in fine art.