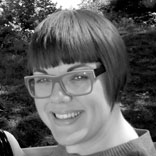 Stephanie Swift began studying cancer-killing viruses as a PhD student in Norman Maitland’s lab at the University of York in the U.K., where she worked with baculovirus as a treatment for prostate cancer. “Once I realized viruses could be used to control disease, I became hooked, really, and I’ve never looked back,” she says. After completing her degree in 2008, Swift worked as a postdoctoral researcher at McMaster University in Hamilton, Ontario, where she began working on social media outreach for the McMaster Immunology Research Centre. Swift was surprised by how much she enjoyed communicating the science done in the lab to a wider audience. “I loved it, it was brilliant. It allowed everyone outside our lab to engage with our research,” she says. She began writing about research related to her work, and then started her blog, mmmbitesizescience, to expand into different areas of science. Swift now works... 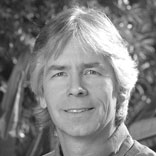 When Christopher Gardner was a young, recent graduate of Colgate University, where he majored in philosophy, he spent several years working odd jobs, waiting to “find himself,” he says. He worked as a waiter, assistant manager, and even a carpenter before he settled on the idea of opening a vegetarian restaurant. In order to improve his knowledge of food, he took a few nutrition classes, which fascinated him so much that he ended up earning a PhD in nutrition from the University of California, Berkeley. Now a researcher at the Stanford School of Medicine, Gardner investigates how different diets and foods affect health, including running a large-scale study that is looking at whether genotype, insulin-resistance status, or the microbiome predispose an individual to better outcomes on a low-fat or low-carb diet. “We came to a conclusion that we’ve been asking the wrong question about this really wicked problem of weight and obesity,” he says. Instead of trying to define the one “best” diet for everyone, it may be better to tailor a person’s diet to suit their genome, metabolome, and/or microbiome predispositions. Gardner also developed Stanford’s annual Food Summit, which brings together researchers from all parts of the university campus to discuss solutions to food and nutrition problems. 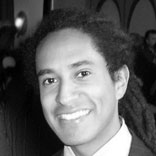 While working at Harvard Medical School’s Division on Addiction, Michael Stanton became interested in compulsive eating. As an Afro-Latino he was acutely aware that “obesity affects people of color disproportionately,” he says. Stanton studied gene-environment interactions in obesity as a graduate student in Redford Williams’s lab at Duke University, earning his PhD in clinical psychology in 2013. Now a postdoctoral research fellow at the Palo Alto Veterans Affairs Healthcare System and the Stanford School of Medicine, he is studying the effect of complementary medicine approaches, like yoga and mindfulness, on the treatment of diabetes and obesity. With Gardner, he is examining psychosocial determinants of overeating and gene-environment interactions in weight loss interventions. In “Digesting Dietary Data,” Stanton and Gardner explore what it takes to design a good nutritional study. 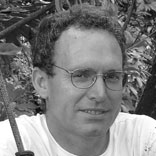 As a postdoctoral fellow with the Smithsonian Tropical Research Institute, Robert Dudley spent five years in Panama, living on Barro Colorado Island. His subsequent research into animal flight physiology and evolution took him regularly back to the Panamanian rainforest, where he often saw primates foraging for ripe and fermenting fruits. On one trip in 1997, as the research crew was sipping beers at sunset, “I recall thinking, what is about alcohol that is so attractive to the primate brain?” he says. “It doesn’t make sense. Why not vinegar or all the other organic compounds out there? I thought maybe this is an ancestral attraction.” In 2000, he published the first paper outlining his “drunken monkey” hypothesis. Since then, there has been an explosion of research into how animals use fermented food sources. Dudley notes that his father struggled with alcoholism, which is one of the motivations behind Dudley’s current interest in alcohol consumption. But he also traces his broader love of biology to his father, who was a botanist. Now at the University of California, Berkeley, Dudley continues to study insect and hummingbird flight. Here, he discusses his new book, The Drunken Monkey: Why We Drink and Abuse Alcohol, which traces the evolutionary origins and effects of our craving for alcohol.