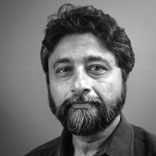 Anjan Chatterjee has been interested in art since childhood, having taken courses in drawing as a student in India. He studied philosophy at Haverford College as an undergrad before earning his MD at the University of Pennsylvania. After completing his residency, he took up photography as a hobby, developing his film in a closet until finally converting to digital cameras a dozen years ago. Chatterjee is currently Chief of Cognitive Neurology at the University of Pennsylvania and studies patients with unusual cognitive disorders due to strokes, head traumas, or Alzheimer’s disease, with a focus on spatial cognition. In July 2014, he will become chair of neurology at Pennsylvania Hospital, the nation’s first hospital, established in 1751. His study of neuroaesthetics—how the brain reacts to art and beauty—began 15 years ago, when the topic came up in a barroom conversation with colleagues. “It’s something I’ve always been interested in,” he says.... 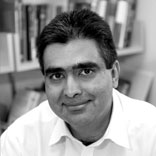 As a high school student growing up in Munich, Germany, in the 1980s, Jalees Rehman came across a Scientific American article on nerve growth factor published in 1979 that had been coauthored by Italian neurologist and Nobel laureate Rita Levi-Montalcini. It sparked his interest in growth factors and inspired him to become a cell biologist. Rehman earned his medical degree from the Technische Universität Munich, then trained as a medical resident and a postdoctoral scholar at Indiana University School of Medicine, studying stem and progenitor cells. Levi-Montalcini’s article inspired him in another way as well—to write about science for a general audience. His SciLogs blog on stem-cell science is called “The Next Regeneration.” He says writing for a lay audience helps him think more broadly about his research, because it forces him to provide context and remember the big picture. Rehman is now an associate professor at the University of Illinois at Chicago’s College of Medicine, where he studies vascular engineering and regeneration. “Organ engineering is entwined with blood vessel engineering,” he says. “Blood vessels are crucial for any organ to survive. Large portions of regenerative tissues transplanted in experimental studies are lost; they don’t survive. One of the reasons is probably because they don’t have adequate blood-vessel supply.”  He discusses the current state of vascular engineering in a feature article, “Building Flesh and Blood.” 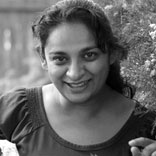 Rina Shaikh-Lesko, The Scientist’s newest intern, had been working at the California Department of Public Health tracking data from vaccine-preventable disease outbreaks when the 2009 H1N1 epidemic began. “It started here in California and quickly morphed into a much bigger outbreak,” recalls Shaikh-Lesko, who was part of the team that channeled the flow of infection data from local county offices to the state level. “[That was] kind of a turning point for me. . . . It was the kind of work that we had all trained for, . . . the sort of work that got me excited about public health.” But not wanting to dive into day-to-day epidemiology and public-health research, she found herself more drawn to public-health education. In 2011, Shaikh-Lesko broke ties with the public-health department and entered the science-writing graduate program at the University of California, Santa Cruz. During the program, she interned at The Santa Cruz Sentinel, the SETI Institute, Stanford Medical Center, and the California Institute for Regenerative Medicine. After graduating, she took a temporary writing position at the Department of Energy’s Joint Genome Institute, where she learned about new approaches to biofuel production and metagenome analyses. At The Scientist, she is a regular contributor to our online News and Nutshell columns as well as the print magazine. Shaikh-Lesko definitely sees science writing as her future. “I love telling stories about people’s lives and how science has helped or hindered.”