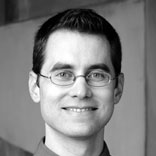 Growing up on a ranch in west Texas, Randal Halfmann collected animals, from tarantulas to lizards. “We had snakes getting loose in the house,” he recalls, adding that his parents were not surprised by his sustained interest in biology. He earned a scholarship to the College of Agriculture and Life Sciences at Texas A&M University in College Station, where he did undergraduate research with David Stelly, studying the cytogenetics of cotton. Being startled awake early one morning by a lab-related idea confirmed for him that science was the right career path. “This must be what I should be doing,” Halfmann remembers thinking. After graduating with a BS in genetics, he went to MIT, where he joined Susan Lindquist’s lab and completed a PhD in biology. Halfmann, who is part of the first cohort of NIH Director’s Early Independence Awardees, now runs a lab at the University of Texas Southwestern Medical Center in Dallas. One research focus of his lab is understanding how prions fold—an interest he traces back to a guest lecturer in one of his undergraduate biochemistry classes at Texas A&M, who told the attendees that a guaranteed way to win the Nobel Prize was to “figure out protein folding,” he says. The properties of prions—both good and bad—are the subject of his feature “The Bright Side of Prions.” 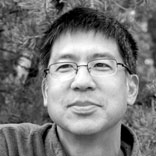 The part of Los Angeles where Alan de Queiroz lived as a child was surprisingly undeveloped, he says, adding, “I think the place where I grew up was more important in getting me interested in nature and animals than any schooling I had.” A fascination with the local vertebrates—especially reptiles and birds—led to a bachelor’s degree in zoology from the University of California, Berkeley. Then, as a graduate student in Harvey Pough’s lab at Cornell University, de Queiroz studied lizard feeding and the evolution of behavior in garter snakes. “I ended up using myself as the predator” to elicit defensive behaviors in the snakes, he says. After earning a master’s and a PhD in ecology and evolutionary biology from Cornell, de Queiroz made stops in Arizona and Colorado, before landing with his family in Nevada, where he is now an adjunct at the University of Nevada at Reno. “The natural history and landscape of this area really resonate with me,” he says. There, de Queiroz’s research has shifted from snakes to little-known insects called jumping bristletails, eventually leading to studies of the evolution of this group in the Hawaiian Islands. “A thread through almost everything I’ve done is looking at things by using evolutionary trees,” he says. De Queiroz writes about the effects of improbable ocean voyages on evolutionary trees and biogeography in his new book, The Monkey’s Voyage: How Improbable Journeys Shaped the History of Life, and in his essay in this issue. 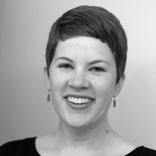 Most scientists have experienced at least one bout of Monday-morning panic, triggered by the realization that they had neglected to return perishable reagents to the fridge before leaving the lab for the weekend. Abby Olena did just that. But the accident didn’t frighten The Scientist’s newest intern away from the lab bench. Olena is now finishing a PhD in biological sciences at Vanderbilt University in Nashville, Tennessee. She recalls attending marine biology summer camps while in middle school, and later doubling up on advanced high-school life science courses in her hometown of Garland, Texas. It was as an undergrad at Hendrix College in Conway, Arkansas, however, that Olena came to truly appreciate the scientific process. She says working in two different labs “helped me to understand how research worked: that things fail a lot, and it’s a long process to getting the answers.” As a graduate student in Jim Patton’s Vanderbilt lab, Olena has found talking about science as rewarding as doing it; to her, the chance to discuss new research at journal club is much more of a lure than the free pizza. This summer, Olena completed a 10-week American Association for the Advancement of Science Mass Media Fellowship at the Chicago Tribune. As a reporter, her favorite part about covering science was getting to know more scientists. At TS, Olena has written many different types of articles, but she is particularly fond of writing  Contributors blurbs and Scientist to Watch profiles. “Everyone comes to science from a different path and loves different things about it,” says Olena. “I really like hearing about that.”