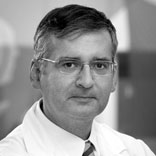 As a teenager in Ottawa, Andres Lozano saw a television program showing Canadian neurosurgeon Wilder Penfield evoking memories in epileptic patients while operating on their brains. “I knew then that was what I wanted to do,” he says. Lozano focused on studying the brain throughout undergraduate and medical school at the University of Ottawa and pursued a neurosurgical residency and PhD in neurobiology at McGill University. He is now Dan Family Chairman of Neurosurgery and a professor at the University of Toronto, holds a Tier 1 Canada Research Chair in neuroscience, and is a founding member of the scientific advisory board of the Michael J. Fox Foundation. “I’ve always been interested in understanding how the brain works. It’s really my prime motivation,” Lozano says. At the University of Toronto, his work has focused on mapping brain structures as well as pioneering the use of deep-brain stimulation (DBS) in the treatment of various disorders, including Parkinson’s disease, dystonia, and Alzheimer’s disease. DBS is the topic of his feature “Tuning the Brain.” 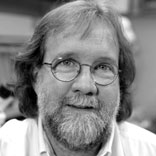 At age 10, Sean Carroll says he was “one of those kids who liked flipping over logs and finding salamanders and catching frogs.” By the time he went to high school, he knew that biology was where he wanted to focus his attention. After completing a BA in biology at Washington University in St. Louis, Carroll headed to graduate school at Tufts University in Boston to study immunology. During his PhD training, Carroll benefitted from exposure to the massive Boston research community, which he says showed him that “it was an incredibly great time for diving into developmental genetics.” After earning his PhD, Carroll accepted a postdoctoral fellowship to study developmental genetics in the lab of Matthew Scott at University of Colorado Boulder and eventually became the Allan Wilson Professor of Molecular Biology and Genetics at the University of Wisconsin–Madison. Today, in addition to directing his lab, he leads the Department of Science Education of the Howard Hughes Medical Institute, and has authored a number of books. His newest book, Brave Genius, explores the friendship between philosopher Albert Camus and scientist Jacques Monod. Carroll says his fascination with the story of these two great minds sprouted from its “interesting characters, dramatic elements, surprise, struggle, and triumph.” Brave Genius is the topic of his essay “Chance and Necessity.” 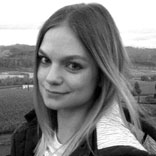 Growing up in Rochester, New York, Tracy Vence, The Scientist’s new News Editor, was always interested in science. “I really liked biology early on,” she says. She studied biological sciences at Binghamton University, a SUNY school, where there were two biology tracks: one focused on cellular and molecular biology, the other on ecology, evolution, and behavior. But Vence refused to choose because she was interested in it all. She honed her science chops in the Binghamton lab of R. Stimson Wilcox, studying territorial aggression in water striders. “I was really lucky to have a great professor who . . . basically gave me the keys to his lab,” Vence says. She also feels fortunate that she had mentors during college who suggested a science-writing career. “I was told that this was something I should look into, and that I was a halfway decent writer,” says Vence. “Next thing I knew I was applying to journalism schools.” She attended Northeastern University in Boston, an experience she calls “eye-opening.” Her master’s degree in journalism led her to New York City and a series of successful writing and editing jobs. Of her job as News Editor Vence says, “one of the most exciting things has been getting to cover a broad range of disciplines within the life sciences.”