Jeremy Barr (top) began to study bacteriophages after they attacked one of his graduate research projects. Born in Sydney, Australia, he did his undergraduate work in biotechnology at the University of Queensland. As a PhD student at the university’s Advanced Water Management Centre, he was studying how bacteria degrade wastewater when suddenly all of his bacteria died. Phages were the culprit. Intrigued, he wrote a paper inspired by the experience and then headed to do a postdoc in the lab of Forest Rohwer at San Diego State University, where he is now an adjunct professor investigating how phages associate with mucus. There he met science writer Breeann Kirby, who is collaborating on a book with Rohwer. Kirby has alternated between science and the humanities for much of her life. A self-described “bookish kid,” she grew up in small California towns while 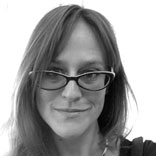 being homeschooled. She studied biochemistry and literature as... 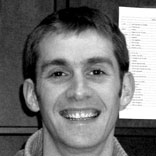 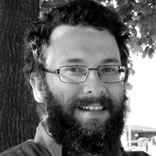 modeling course taken after wrapping up his bachelor’s degree in physics & biology from the University of Toronto sparked Jon Stone’s (top) deep interest in simulating biological processes in silica. The Toronto native stayed on at the University of Toronto for a master’s and PhD in zoology. His primary project involved developing computer models to disprove a hypothesis by the late biologist Stephen Jay Gould that certain shapes of snail shells could not exist. “[Gould] let me look at his specimens and use his microscopes,” says Stone, now an associate professor at McMaster University in Hamilton, Ontario. “He knew I was trying to falsify his hypothesis,” Stone recalls, “but he was very open-minded about it.” Alan Cohen’s (middle) first exposure to science was taking samples from streams in northern Michigan while at the Interlocken Arts Academy. He went on to dual-major in biology and Asian studies at the University of Michigan, and earned a PhD in biology at the University of Missouri in St. Louis, where he became interested in comparing species’ life spans. “I wanted to understand how aging evolves across the tree of life,” he says. After three postdocs in epidemiology, Cohen landed as an assistant professor at the University of Sherbrooke in Quebec. Daniel Levitis (bottom) “never grew out of the fascination for animals” that most toddlers have. Levitis spent 5 years after college as an itinerant journeyman biologist doing short-term fieldwork—mostly bird banding—in places like the Everglades and the Bronx Zoo. “I went all over the place,” he says. Two bird-related dissertation projects at the University of California, Berkeley, “failed spectacularly” before Levitis switched topics to study postreproductive life spans. He is now an assistant professor in biodemography at the University of Southern Denmark in Odense. Stone, Cohen, and Levitis engage in a lively debate about the evolutionary cause of menopause and postreproductive life spans in a pair of Thought Experiments here and here. 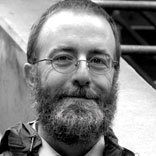 Chris Palmer, the most recent intern to join The Scientist, came to science writing via science. He studied psychology as an undergraduate at Northern Arizona University in Flagstaff. “I got really interested in thinking about what were the biological underpinnings of our everyday experience,” he says. Following a postcollege stint as a counselor in a group home and a summer spent road-tripping around the western United States, he decided that he wanted to be a neuroscientist. After completing credits for a second major in biology, Palmer headed to the University of California, San Diego, where he worked in a human chronobiology research lab. He went on to get his PhD at the University of Texas, Austin, studying the neural basis for decision-making in monkeys. Following graduate school, he became a postdoc at the University of California, San Diego, where he studied decision-making in leeches. But while writing a review article, Palmer began to realize that his interest might lie in writing rather than academic research. While completing a master’s degree from the University of California, Santa Cruz, Science Communication program he interned for the Monterey County Herald, the San Jose Mercury News, and Nature News. He will begin a science communication fellowship with the National Cancer Institute in September.