Ahmad Khalil, Caleb Bashor, and Timothy Lu made one another’s acquaintance while doing research in the Boston University (BU) lab of James Collins, one of the founders of synthetic biology. Khalil (left), now a BU assistant professor, got his undergraduate degree in mechanical engineering from Stanford University, but in his senior year he took a class in cardiovascular bioengineering that electrified him. “I had used thermodynamics and mechanics to study things like rocket engines while working at NASA, but what really opened my eyes was taking this class on the cardiovascular system and realizing that engineering could be applied to understanding life,” he says. He received his PhD from the Massachusetts Institute of Technology (MIT) for research on single-molecule biophysics before heading to a postdoc in the Collins Lab, where he and Lu embarked on a project to create a library of zinc-finger proteins for building biological circuits. Current... 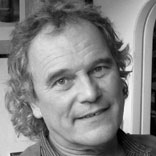 Andrew Dobson first developed a fascination with natural history during childhood afternoons roaming among the Scottish hills. Those rambles led him to study zoology and applied entomology at Imperial College London as an undergraduate. He then spent 2 years researching parasites at King’s College London. Dobson marvels at parasites’ domination of the natural world—“at least half of the biodiversity on the planet is parasitic on the other half,” he says—as well as their ability to snack on each other. Like nested Russian dolls, “there are hyperparasitic insects of parasitic insects,” he says. “The more we look, the more parasitic diversity we see.” His next stop was the University of Oxford where he earned a PhD for developing mathematical models of climate change’s impact on bird populations. Enthralled with the power of modeling, he explored the dynamics of parasite infections in wild animal populations through various postdoctoral positions, finally landing at Princeton University, where he is now a professor in the Department of Ecology and Evolutionary Biology. Dobson’s current research focuses on the ecology of infectious disease and its role in conservation. He’s been involved in projects to conserve elephants in East Africa, carnivores in the Serengeti, and finches in the backyards of New England. He’s particularly interested in how viruses rapidly evolve in order to increase, or in some cases, decrease their virulence—a topic he discusses in his Thought Experiment “The Eye of the Finch” here. 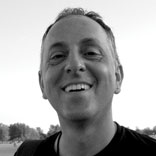 Born into science nobility—his father was the astronomer Carl Sagan and his mother the evolutionary biologist Lynn Margulis—Dorion Sagan has viewed science and literature as nearly inseparable concepts since early childhood. “I was so young when my mother read Mark Twain and Rudyard Kipling to me and my father told stories of the formation of neutron stars and black holes,” he recalls. “At the beginning there was no difference.” As an undergraduate at the University of Massachusetts, Amherst, Sagan studied history, but only after switching from a comparative literature major. He entered the scrum of popular-science writing upon graduation, publishing a series of books, coauthored with his mother, about the microbial world. “I had to learn what she was saying and translate it into plain language,” he says. His latest solo effort is Cosmic Apprentice: Dispatches from the Edges of Science, a wide-ranging collection of previously published and original essays touching on research with hallucinogens, scientific rebels, and slug sex. The book also takes a critical look at our search for extraterrestrial intelligence and the immense richness of life here on Earth—including the teeming microbial world inhabiting our bodies. For more on these ideas, read his essay, “Intelligent Life: The Search Continues,” here.