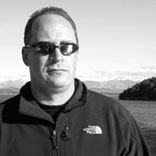 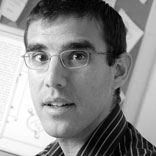 A mutual fascination with ocean viruses brought together University of Tennessee microbiologist Steven Wilhelm (left) and Georgia Institute of Technology quantitative biologist Joshua Weitz. Wilhelm began to study the role of aquatic viruses in biogeochemical cycles as a postdoc at the University of Texas at Austin and then at the University of British Columbia. He had originally studied cyanobacteria as an undergraduate and then as a PhD student at the University of Western Ontario in his home country of Canada. “The opportunity to look at viruses was a very different angle on marine microbiology than other people were taking in the mid-1990s,” he says. Weitz, who grew up in Maryland, studied physics, receiving his bachelor’s degree from Princeton University and his PhD from the Massachusetts Institute of Technology. But toward the end of his graduate work, he began to shift into modeling ecological dynamics, electing to do a postdoc... 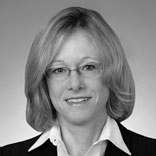 Before becoming a patent attorney, Joan Ellis was an accomplished biologist. After majoring in microbiology at Southern Illinois University, she joined the Peace Corps, teaching science in Western Samoa and conducting bacteriology training at a hospital in Afghanistan. She obtained her PhD in molecular biology from New York University (NYU), where she was the first to clone a gene for a malaria antigen, which she had isolated from a species of the parasite that infects monkeys. As an NYU postdoc, she went on to clone the gene for the corresponding antigen in the human malaria pathogen Plasmodium falciparum. Ellis got her first taste of patent law while working with university attorneys to patent the genes she had cloned. After a stint at Rockefeller University in New York City, where she continued her malaria research, she went to work for the US Patent and Trademark Office, where patent examiners with expertise in biotechnology were in demand. “Joining the patent office combined my interest in the law and my interest in science,” she says. Armed with a law degree from George Washington University, Ellis continued working at the patent office as an administrative patent judge. Today she is a member of the law firm Dickinson Wright. Here, Ellis discusses the background of the pending Supreme Court decision on the patentability of human genes in her essay “On Patenting Genes.” 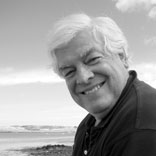 Robert Martin began his PhD studies at the University of Oxford with plans of gaining insight into the behavior of early primates by studying tree shrews, which were then thought to be the most primitive living primates. He ended up arguing that tree shrews were not primates at all, a conclusion that has since gained wide acceptance. In the following years, first as a postdoc studying lemurs in Madagascar, then as a professor at University College London, and later as a professor at the University of Zurich, Martin studied species that were more and more related to humans. “I kind of joked to people that I was slowly climbing the tree,” he says, as he progressed from working with lemurs, to bush babies, to owl monkeys, and then finally to great apes. “If you look at all 400 primates and develop rules, you can interpret humans on a more secure basis,” he says. In his new book, How We Do It: The Evolution and Future of Human Reproduction, he discusses what comparative analyses of primate reproduction can teach us about human reproduction. He explains his theory about sperm storage in his essay “Widening the Fertile Window,” here. Martin is now a curator of biological anthropology at the Field Museum in Chicago.