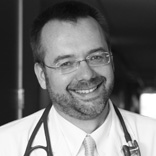 Tomasz Beer started college at Johns Hopkins University thinking he wanted to be an engineer and finished determined to be a doctor. Volunteering during the summer at the university hospital, he waited with relatives while their loved ones underwent surgery. “That was incredible,” he said. At Holy Cross Hospital in Silver Spring, Maryland, near his childhood home, he helped out in the emergency room and grew to love the hustle and bustle. “I came out of those experiences thinking, ‘This is what I want to do,’” he said. First stop was medical school, also at Johns Hopkins. Then, looking for a new adventure, he chose to do his residency at Oregon Health and Science University in Portland, where he has remained and is now deputy director of the university’s Knight Cancer Institute. Cancer was an area with “the greatest need for more treatments and better treatments,” he says. Beer... 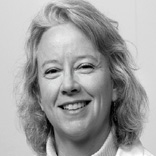 The daughter of a hotel manager, Ellen Walker grew up living all over the Eastern U.S., but every summer she returned to her family’s beach house in Rhode Island. Exploring the marine life there, she learned to love biology. While an undergraduate at Rutgers University in New Jersey, Walker became fascinated with the biology of how the brain controls behavior. She received a PhD in biopsychology from the University of Michigan in Ann Arbor, where she studied the mechanisms of opioid tolerance and dependence. She continued to study the behavioral effects of drugs of abuse in various postdoctoral positions, then in her first faculty job, at La Salle University in Philadelphia, and now at Temple University in the same city, where she is a professor of pharmaceutical sciences in the School of Pharmacy. Walker’s career took an unexpected turn when a colleague asked her how she would go about determining whether “chemo fog,” the cognitive difficulties some chemotherapy patients report, was a real phenomenon. She now spends about half her research time studying the behavioral effects of chemotherapy. “It’s a growing, very wide-open field,” she said. “People are really trying to nail down what’s going on.” When she’s not doing research, she enjoys hiking and backpacking in the Adirondacks with her husband and two sons, cycling, cooking, and doing yoga. To learn more about research on chemo fog, read “After Chemo.” 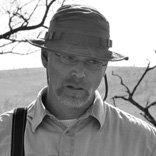 Travis Rayne Pickering had a “pretty religious upbringing” in southern Pennsylvania and knew little about evolution as a child. In college at Bloomsburg University in Pennsylvania, he took a class on human evolution and was immediately entranced. “It was so new and different to me that it really piqued my interest,” he said. Pickering continued to feed his interest in human origins at the University of Wisconsin–Madison, where he got his PhD in anthropology. In the following years, he taught at Tulane University in New Orleans and Indiana University before circling back to the University of Wisconsin, where he now heads the Swartkrans Paleoanthropological Research Project in South Africa. As part of that project, he oversees the excavation of a 2-million-year-old cave containing some of the first evidence of human control of fire. His recently published book on the evolution of aggression and hunting in early humans, Rough and Tumble: Aggression, Hunting, and Human Evolution, is the subject of his essay “The Roots of Violence.” In his spare time, Pickering is fulfilling his ambition to write a novel set in the antebellum South.