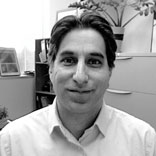 Savraj Grewal wasn’t passionate about science until, on a whim, he signed up for a summer research program after his third year at King’s College London. When he graduated in 1992 with a bachelor’s degree in pharmacology, he joined Wyeth Pharmaceuticals in the U.K., where he devised new ways for testing drug candidates that trickled out of the development pipeline. When the lab closed a few years later, Grewal’s now-cemented interest in research led him to graduate school at Oregon Health Sciences University in Portland, where he fell in love with the Pacific Northwest. “I think it’s in my DNA to live in gray, wet places,” Grewal says. He did his PhD work in a cell-signaling lab followed by a postdoc at the Fred Hutchinson Cancer Research Center in Seattle where he used Drosophila as a model to continue his studies of cell-signaling. There, he “started thinking downstream of the... 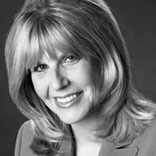 While working in the late 1980s as a sign language interpreter for victims treated in the emergency rooms of Washington, DC–area hospitals, Pat Brown had her first real glimpse of the gruesome results of violent crime. But, in 1990, when a woman was murdered in her neighborhood, Brown suspected a boarder staying at her home. Her outrage at the conviction of a person she considered innocent got her hooked on crime investigations, and she went on to start her own criminal-profiling agency in 1996. Since then, she has been involved in numerous cold-case crime investigations, made thousands of television appearances, written several books, earned a master’s degree in criminal justice from Boston University in 2007, and helped to develop the first Criminal Profiling Certificate Program in the U.S. for Excelsior College. When a documentary film company pulled her into a project investigating Cleopatra’s death, Brown dived into the details of the compelling cold case. “I started reading the historical accounts, and I just didn’t buy them,” Brown says. In an essay based on her just-published book, The Murder of Cleopatra: History’s Greatest Cold Case, Brown explains why Cleopatra’s death couldn’t have been a suicide by snake bite. 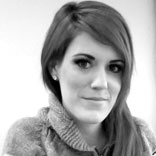 Erin Lemieux always considered herself creative. From drawing and painting to sculpting and crafts, she found herself creating art whenever she could, working closely with her artistic grandfather every weekend from the age of six as he helped her develop her skills. Lemieux was first introduced to graphic design in high school. As one art teacher explained it to her, “art is creating for you, design is creating for a client,” she says. During her senior year, she designed her graduating class’s yearbook, and a teacher pointed her in the direction of Toronto’s Ontario College of Art and Design (OCAD), from which she graduated with a bachelor’s degree in design in 2009. She stayed in Toronto to work for a small design company and do some freelancing before deciding to head back to her hometown of Midland, Ontario, in 2011, where she joined the team at Lab Manager Magazine (owned by the LabX Media Group, which also owns The Scientist). Last September, Lemieux became the Production Assistant for The Scientist, working on the magazine layout, online content design, and cover image concepts. The strength and detail of the scientific content lends “more freedom to create visually captivating designs and beautiful imagery,” she says. “It’s been a good challenge.”