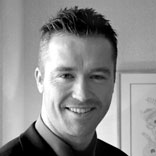 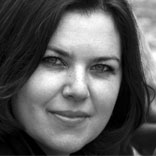 Roger S. McIntyre first realized there might be a connection between glucose metabolism and mood disorders as a medical student on a psychiatry rotation in 1993, while treating a patient who suffered from bipolar disorder and severe obesity. McIntyre says that seeing the devastating effects of the combination of both illnesses was “a call to action.” He began looking for a link between the two and found that diabetic patients often have mood disorders as well. Now a psychiatrist and pharmacologist at the University of Toronto, McIntyre has spent nearly a decade learning how insulin’s role in sugar metabolism connects both mood and metabolic conditions. Meanwhile, next door at Mount Sinai Hospital, Oksana Kaidanovich-Beilin (right), a neurobiology postdoc in Jim Woodgett’s lab, was studying one of the insulin signaling molecules in the brain and the link between brain function and metabolism. After reading McIntyre’s papers, she asked him to collaborate... 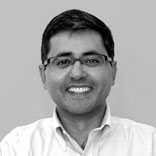 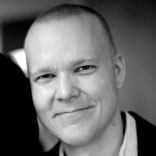 As a physician-scientist, Ajay Chawla (left) always wanted to know the hows and whys of the diseases he’d encounter in his medical practice. Starting as a biomedical engineer in college, he veered toward medical school after taking a physiology class that deconstructed the workings of cells into mechanical principles, which convinced him that answering fundamental biology questions could improve health care. As a postdoc at the Salk Institute for Biological Studies in San Diego, Chawla noticed that some immune cells could sense fats from food regardless of the cells’ location, and that those same immune cells are permanent residents in the fatty tissue of both lean and obese patients. Chawla’s experiments revealed a connection between the immune system, metabolism, and weight, but, “it was just sort of descriptive,” he says of the data. “I wanted to get into the mechanism.” As the head of his own lab at Stanford University, Chawla teamed up with MD-PhD student Justin Odegaard, who was studying infection and immune cells. After Odegaard joined Chawla’s lab, they began dissecting the regulation of immune cells, finding that these cells play important roles in metabolism. In their article “Fat’s Immune Sentinels,” on page 30, they describe how some immune cells keep our chub in check. 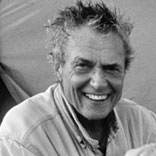 For conservation biologist George B. Schaller the Tibetan plateau is an irresistible draw. At 14,500 feet above sea level and covering 1.2 million square miles, it’s often called “the roof of the world,” and is home to exotic wildlife, such as the elusive snow leopard, Tibetan antelope, and wild yak. Schaller first traveled to the remote plateau in the early 1980s and has since made annual visits to explore all the treasures the vast area has to offer. But seeing the effects of climate change and human activities on the area’s wildlife compelled this quiet scientist to become a conservationist and speak out about it, working to help preserve habitats and educate local communities on how they can help through Panthera and the Wildlife Conservation Society. “Though remote, the Plateau has an effect on everyone’s life through its climate, and faraway people have an impact on the wildlife, by, for example, buying illegal shawls made of antelope wool,” he said in a recent interview. On page 70, read Schaller’s essay, “Playing the Field,” about the changes he has observed in Tibet over 4 decades.