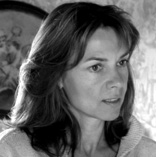 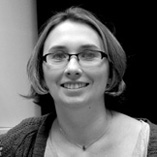 As a young woman in Poland, developmental biologist Magdalena Zernicka-Goetz (far left) followed her father’s footsteps into science, taking his advice to value her intuition and challenge accepted thinking. But unlike her father, Zernicka-Goetz chose to pursue her career beyond Poland’s borders—a step he reluctantly accepted—taking research positions at the University of Cambridge in the U.K. There, in the mid 1990s, she questioned whether cells of the early mouse embryo are truly blank slates—the accepted dogma at the time. Zernicka-Goetz’s research revealed that, already at the earliest embryonic stages, pluripotent stem cells carry epigenetic instructions that bias the cells towards particular cell types—a discovery that remained disputed for years. “Our interpretation that cells in the embryo start to differ earlier than expected wasn’t accepted initially,” which was painful, she admits, but her work has now become recognized and appreciated by developmental biologists. Most recently she and her group have established... 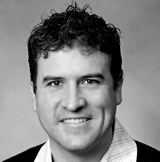 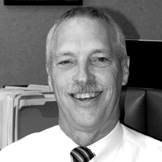 Ethan Anderson (far left) first questioned what makes things tick as a young boy observing his grandfather’s medical practice. A veteran of World War II, Anderson’s grandfather worked as a physician in rural Minnesota after the war and enjoyed pondering his clinical observations, wondering, for example, why fast-ticking hearts predict heart attacks and stroke. His observational and inquisitive nature influenced Anderson, who went on to pursue a career in biochemistry. In his 4th year of graduate school at Yale University, Anderson followed his advisor to East Carolina University (ECU) in Greenville, North Carolina. There, Anderson’s interests circled back to medicine, and he has collaborated with researchers in the medical school on projects aimed at understanding the mitochondrion’s role in normal and diseased hearts. “It’s sort of the organelle at the heart of everything. I’ve become a ‘mitochondriac,’” says Anderson. Soon after joining ECU’s faculty in 2010, he started studying whether omega-3 fatty acid treatments could improve outcomes for patients undergoing heart surgery by affecting the mitochondria in heart cells. This got the attention of David Taylor, chair of the pharmacology and toxicology department at ECU and now a collaborator on the project. “It became apparent that these fatty acids are doing a lot of really interesting stuff,” says Taylor, who studies cells’ molecular and biochemical responses to drugs. In "Omega-3s: Fishing for a Mechanism," Anderson and Taylor review the ongoing controversy about whether omega-3 polyunsaturated fatty acids play a beneficial role in heart health, and propose a mechanism to explain how they might function. 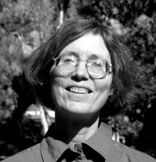 Susan Schneider began her career as an engineer, thinking that math skills and applied civil or environmental engineering alone could help make the world a better place. But she had overlooked one important factor: human behavior. Schneider began to realize that success—such as developing clean renewable energy—depends not just on engineering, but also on less predictable factors like politics and cooperation between individuals. The lesson was pivotal to her switch from engineering to psychology, as well as to her current research on the science of consequences. “When we know something about behavior, we can make better, wiser decisions,” Schneider says. Using her math skills, she began to help model how individual behaviors within a population can effect ecosystem- and societal-level changes, which she breaks down to struggles between innate preferences and learned lessons. In her essay “Truth and Consequences” she discusses her new book, The Science of Consequences, and explores the importance of consequence-based learning methods at all stages of life.