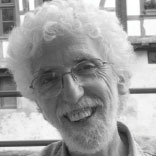 While he was an assistant professor of microbiology at the University of Paris back in 1981, Patrick Forterre read a now-famous Scientific American article by Carl Woese. In it, Woese laid out his theory that life on Earth exists in three domains—Archaea, Bacteria, and Eukarya—instead of two, as had previously been the accepted wisdom. “I was one of the first [scientists]in France to jump on the idea,” Forterre says. He began studying Archaea as head of a research group at the Institute of Genetics and Microbiology in Orsay in 1989. He says he was surprised that the idea of a third domain of life didn’t catch on more quickly. “Things are quite different now, of course,” he says. “In France there are [about] 100 people working on Archaea now.” He also became interested in the origins of viruses, which he says deserve to be classified as living organisms. “Many people... 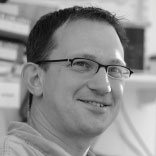 In the early 1990s, Ben Nichols was working on his PhD at the University of Bristol in the U.K. and studying how calcium signaling affects a class of enzymes called mitochondrial dehydrogenases. He shared the lab with George Banting, a biochemist at Bristol who studies membrane trafficking pathways in mammalian cells. “It was largely from discussing and socializing withpeople from that lab that I started to think that cell membranes are really something interesting,” says Nichols. “The properties of cell membranes as a material were not really very well understood [at the time].” He says he began envisioning cell membranes as a composite material that can’t easily be artificially recapitulated. “To understand what’s going on, one would need to look in cells,” he says. “That’s what appealed to me.” At Banting’s suggestion, Nichols went on to do his postdoctoral work on membrane fusion dynamics at the Medical Research Council Laboratory of Molecular Biology at Cambridge in 1996. He’s still there, although he moved on to studying endocytosis—a process by which cells transport material through the membrane—and later, the role caveolae play in that process, which he discusses in his article “New Technologies Shed Light on Caveolae” here. Nichols says he enjoys writing about science: “It’s a pleasure trying to construct an argument piece by piece so it makes some kind of coherent sense to the reader.” 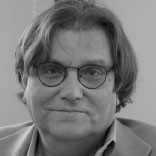 While he was an undergraduate student at the University of Chicago, Rob DeSalle’s interests were “all over the place,” he says. But when he started working at the Field Museum of Natural History, he fell in love with evolutionary biology. That was in 1976, about 20 years after the double helix structure of DNA was discovered, and a mentor advised the young DeSalle to study genetics. “That was very good advice,” he says. After obtaining his undergraduate degree, he studied the genetics of fruit flies at Washington University in St. Louis. At the time, researchers were just starting to use genomics to understand the relationships among species. In the 1980s, DeSalle carried on his studies as a postdoc at the University of California, Berkeley, where he worked with biochemist Allan Wilson, who was among the first researchers to demonstrate the concept of the molecular clock. “He is widely recognized as the father of modern molecular evolutionary biology,” says DeSalle. “I was honored to be able to work in his lab.” In 1990, while he was an assistant professor of biology at Yale, the American Museum of Natural History asked him to serve on a search committee for a curator position. But when members of the committee saw his resume, they asked him to interview for the job himself, and they eventually hired him. “I’m a pretty lucky guy,” he says. He meets with fellow curator Ian Tattersall, with whom he coauthored the article “Race Is Not a Genomic Phenomenon” here, about once a week to talk. “Ian is a spectacular writer,” says DeSalle. “His books really give me a template for how to write scientifically.”