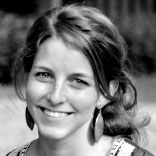 VICTORIA WILLIAMSJournalist Amanda Keener became interested in science as a 12-year-old, when her youngest brother was diagnosed with a rare genetic disease. “The internet was becoming more available at the time so I would do online searches about his disease, and became really interested in genetics,” she says. She continued to pursue biology in high school and college, and eventually entered a PhD program at the University of North Carolina, Chapel Hill. The program combined microbiology and immunology, and she began studying autoimmune diseases and the connections between autoimmunity and Staphylococcus infections. The “ups and downs” of the graduate program eventually led her to look for career options beyond academia. Without telling her graduate advisor, she started sitting in on an undergraduate journalism class. This led to writing for local newspapers and for a friend’s blog, which gave Keener the confidence she needed to start pursuing a career in... 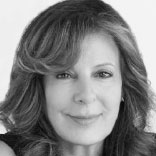 STEVE BUSKENVictoria Jackson describes herself as a “fearful warrior” who has “always been a survivor in what has come up in [her] life.” In the 1990s, Jackson began marketing a line of cosmetics via infomercials, and over 13 years the company made close to a billion dollars in sales. “That was my entrée into the beauty world, and from there, the business world.” In 2008 her whole world was rocked when her daughter Ali was diagnosed with neuromyelitis optica (NMO), a rare autoimmune disorder that affects the optic nerves and spinal cord. Jackson started the Guthy-Jackson Charitable Foundation with her husband, Bill, to fund research into prevention and treatment for the disorder. As with her business, running the foundation draws on her skills as a human being and as a survivor, says Jackson. “Everything that I did was putting one foot in front of the other,” she says. “You can pretty much do anything that you put your mind to.” She has written four books, including Saving Each Other, which she coauthored with Ali in 2012, and The Power of Rare: A Blueprint for a Medical Revolution, which she wrote with physician Michael Yeaman. Jackson and Yeaman discuss the foundation and how it has driven the evolution of NMO research and treatment here. 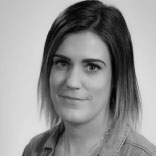 "Growing up, all I did was draw,” says Erin Lemieux. These days, she isn’t doing as much sketching and painting as she used to, but as The Scientist’s art director, Lemieux’s talent for design and eye for aesthetics shines on the pages of the magazine each month. Born and raised in Midland, Ontario, Lemieux headed south to Toronto for college, studying graphic design at OCAD University. She was interested in branding and typography, and in her first job after graduating, Lemieux tried her hand at editorial work, doing page layout as a designer at Fizzz Design Corp.

In 2012, Lemieux returned to Midland as a graphic designer at LabX Media Group, which publishes The Scientist, filling in for someone on maternity leave. But she made herself indispensible and was hired permanently to the production team. Her role has changed considerably in the intervening years. Initially she focused on getting the print issue online at the-scientist.com each month, and now she plays a major role in developing infographics, doing page layout, and commissioning illustrators and photographers. In March, Lemieux was promoted to art director. “Seeing the ideas come to life from the people we work with, that’s been really cool.”