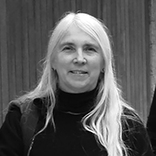 During her early rotations as a medical student in 1973, Gillian Butler-Browne met children with Duchenne muscular dystrophy who were incurable. She was so drawn to the field of muscle research that Butler-Browne never completed her medical degree, instead going on to do a traveling PhD that took her from London to the United States, Germany, and ultimately France, where she had the opportunity to study muscle at the Pasteur Institute. Not many people were working on muscle, Butler-Browne says: “There was a niche that nobody was filling in France.”

Currently the director of the Research Center at the Institute of Myology in Paris, Butler-Browne will be stepping down at the end of the year to go back to research. She’s interested in aging muscle and its regeneration, and how exercise can help—she walks at least 10 kilometers a day. At the end of a long day,...

Born in India, Sandeep Jauhar moved with his family to Southern California at the age of eight. Questions about the universe, philosophy, and literature piqued his interest. “One thing I really wasn’t interested in was medicine,” says Jauhar, now a cardiologist. Visits to his grandfather’s clinic in New Delhi had disillusioned him. Despite his parents’ wishes for him to be a doctor, Jauhar started his PhD in physics at the University of California, Berkeley, in 1991. Midway through his graduate studies, a close friend developed lupus. “In the course of trying to help her with her physical illness, I started voraciously reading everything I could about medicine and about lupus.” Medicine’s many unknowns intrigued Jauhar, who eventually realized he “wanted to become a doctor after all.”

Between getting his PhD and going to medical school, Jauhar completed a fellowship at Time magazine that heightened his interest in journalism. The connections he formed there guided him to an internship at the local newspaper while he attended medical school at Washington University in St. Louis. In the afternoons, he spent time at the St. Louis Post-Dispatch, where he would write local stories that in turn made him think of bigger stories—such as one about a leprosy hospital in Louisiana that he pitched to The New York Times. His first week in Manhattan, where he served as a medical resident at New York Hospital, The Times published his story. He went on to write “regular dispatches from the hospital” for the outlet, he says, and continues to do so. Since then, Jauhar has gone on to publish two best-selling memoirs, Intern and Doctored, on his experiences in the medical field. For Jauhar, who keeps a journal and describes himself as self-reflective, writing about his time in the hospital was a “natural outcropping of his work.” Read his essay, adapted from his latest book, Heart: A History. 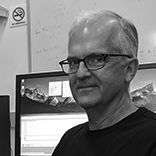 Growing up in Chile, Julio Fernandez was captivated by science at an early age. As an 11-year-old, he received his “first diploma” that attested to his doorbell repair skills. By age 15, he was certified in radio and television repair. These early experiences laid the foundation for his work at Columbia University, where he now not only studies proteins but also builds some of the instruments needed to explore the molecules.

Fernandez says his love of ideas keeps him going: “The wonder of understanding something new has never left me,” he writes in an email to The Scientist. He has two dueling and divergent interests. While Fernandez is “addicted to computer programming,” he is also drawn to the self-sufficiency of people in the 19th century. With his wife, Fernandez has a ranch nestled in the mountains near Santa Fe, New Mexico. “When we get here from NYC [New York City], we step back in time.” With nature (and bears!) keeping them company, they bake fresh bread, plant fruit trees, and so on. Read his story here about how a giant protein, called titin, is changing the paradigm of muscle function.