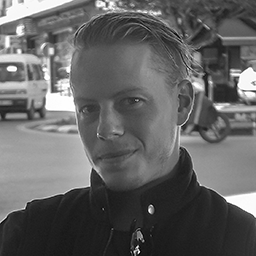 Although he started out at Pitzer College in Claremont, California, as a philosophy and English double major, Andrew Scheyer switched directions about halfway through to neuroscience, thinking the field contained more-definitive answers. He was partly right about that, and for the open questions that remained, he now had the tools to find some of those answers himself. Over the summer of 2009, he interned with the Multidisciplinary Association for Psychedelic Studies (MAPS) in Santa Cruz, where researchers were conducting a pilot study using MDMA (also known as ecstasy) to treat posttraumatic stress disorder (PTSD)—a project that recently entered Phase 3 trials. “It was an enlightening experience to see where neuroscience could be affecting people.”

As a PhD student at Rosalind Franklin University of Medicine and Science in North Chicago, he worked with Marina Wolf and Kuei Tseng on the regulation of glutamate receptors called AMPA receptors in rats during... 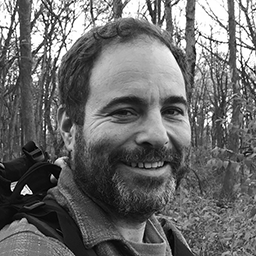 Editor-in-Chief Bob Grant never forgets the date he joined the staff of The Scientist: St. Patrick’s Day, 2007, when he was chided on his first day of work for not wearing green. Since then, TS has been through changes of ownership, a move from Philadelphia to New York, and the eventual elimination of a physical newsroom altogether in favor of a virtual office. These days, the only colleague who might critique Grant’s sartorial choices is his wife Kerry Grens, The Scientist’s news editor.

Like many science journalists, Grant initially pursued a career in research. But after earning a master’s degree in marine biology and entering a PhD program at James Cook University in Australia, where he studied larval fishes, he realized that, “I really did not want to be studying the same thing for the rest of my life,” he recalls. Back in his hometown of Saint Louis, he eventually decided writing about science would be a good fit for him. He completed NYU’s science journalism program, did a few internships at other publications, and got a freelance assignment for TS about the development of a unifying mathematical model to explain biology in the way that Einstein’s theory of relativity is often posited as a unifying principle of physics. It was a difficult piece to write, and Grant “almost had a nervous breakdown” in the process. But he made it through, and says the continuous challenges of sinking his teeth into cutting-edge biology are part of what’s kept him at The Scientist for more than a decade. 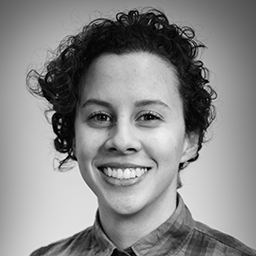 Luiza Augusto may have genetics to thank for her career in design. The 28-year-old Brazilian, who now resides in Ontario, Canada, says that her father would design and build houses as a hobby in her hometown of Campinas, about 90 km north of São Paulo. “Growing up, my dad always liked drawing plans and stuff,” Augusto says.

Even as a fourth grader, Augusto would spend her idle time emulating her dad by drawing up blueprints for houses. She says she seemed destined to become an architect. But when Augusto was in high school, a friend introduced her to the concept of graphic design. She decided that the career path meshed perfectly with her skills and interests and entered the Federal Technological University of Paraná to study to be a designer.

While Augusto was at university she applied for a scholarship to study abroad. She decided to attend OCAD University (formerly the Ontario College of Art and Design) in Toronto. The one-year experience was transformative. “At OCAD, you had younger professors and people really open to new things,” Augusto says. “I definitely learned a lot from my one year that I didn’t learn in three years back home.”

So Augusto returned to Canada in 2015, married her partner, and started at LabX Media Group,
The Scientist’s parent company, in 2017. In mid-January she assumes the position of art director at TS, taking over from Erin Lemieux, who will be out on maternity leave. See Augusto’s design work here in “City Life.” She says that she’s excited to face the challenge of her new role. “I’m sure I can learn everything and fill Erin’s shoes.”