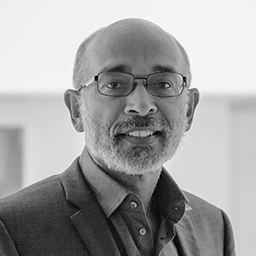 Although his lifelong dream was to become a doctor, Emery Brown had originally intended to study the romance languages as an undergraduate at Harvard College before attending medical school. As a sophomore, he realized the power of statistics and ended up majoring in applied mathematics. Brown eventually earned his PhD in statistics along with his MD. He specialized in anesthesiology because he enjoyed it in medical school. “It was a lot of fun. It was very real time. You had to make decisions on the spot,” says Brown.

Brown has been practicing medicine for nearly 30 years and is currently an anesthesiologist and researcher at Massachusetts General Hospital, Harvard Medical School, and Massachusetts Institute of Technology. Early in his career of putting people under, he kept a list of questions that puzzled him about what anesthesia does in the brain. After many years of watching the mystery of anesthesia... 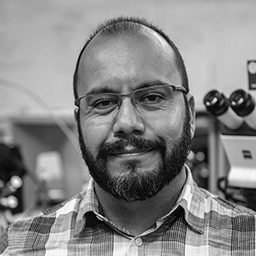 Francisco Flores can trace his fascination with the effects of drugs on the brain back to his childhood in Chile. Growing up in the countryside, he saw people practicing forms of natural medicine with plants and herbs that would later feed an interest in what chemicals do in the body.

At the University of Santiago, Chile, Flores studied biochemistry but decided to home in on the brain after some classes in pharmacology. “How these different drugs can affect brain function in such dramatic ways is to me a very interesting topic,” he says.

After finishing his PhD at the University of Chile, Flores started a postdoc in neuro­science working with Emery Brown at Harvard Medical School. Flores ended up staying at Harvard, where he currently holds a faculty position studying how anesthesia effects the brains of patients and larger questions of their experience. “From the lack of consciousness, we can understand the presence of consciousness,” he says.

Here, Brown and Flores write about the current research on anesthetics and how they alter brain waves. 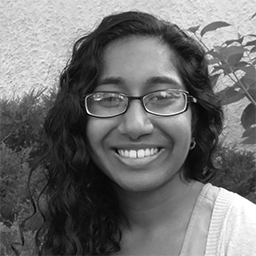 Carolyn Wilke, The Scientist’s current editorial intern, gave a career in science more than a fair shake. She earned her PhD in environmental engineering from Northwestern University, studying the effects of nanomaterial pollution on microorganisms, at the end of 2018.

But on the road to a terminal degree in science, Wilke also got a taste of what it was like to cover research and researchers as a reporter. In addition to writing stories for Northwestern’s online science magazine, HELIX, a couple years into her PhD program, she spent three months at the Sacramento Bee as part of a AAAS Mass Media Fellowship in 2017. The latter experience really left an impression. “I sort of missed the lab,” Wilke recalls. “But I also realized that this was really fun, and I would enjoy doing it full time.”

Though she had decided that a career in science journalism better meshed with her talents and interests, Wilke still saw a benefit to finishing out her PhD work. She joined the TS editorial team in December, just as her degree program was wrapping up.

At The Scientist, Wilke has excelled at covering a suite of life-science topics, a flexibility she chalks up, in part, to her education. “I do actually feel like doing a PhD, where I had to teach myself about a lot of different things, helped me feel more comfortable diving into a new topic.”

Here, Wilke writes about the oddities of archaeal mating.