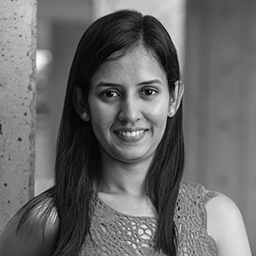 Raised by scientifically literate parents, Annie Rathore was primed for a life of engaging her curiosity. She gravitated towards the life sciences during her undergraduate studies at the Indian Institute of Technology in Roorkee, where she earned a degree in biotechnology. “I found it exciting to ask questions about the most intricate machinery that has ever existed in this world,” she says, referring to the human body. During an exchange program that brought her to the University of Iowa her junior year, Rathore’s interest in research blossomed. She investigated a cancer therapy in Michael Schultz’s lab in a pediatric oncology hospital and felt motivated by the patients there, realizing that her work could affect lives.

After attaining her bachelor’s degree in 2014, Rathore started her PhD at the Salk Institute for Biological Studies and the University of California, San Diego. There, she dug into the world of...

Rathore now works as a life-sciences consultant for multinational professional services network Deloitte. She says that her science-geared parents also cultured her passion for travel as her family moved every few years. In her free time, Rathore explores the world, traveling and collecting recipes she can try at home. 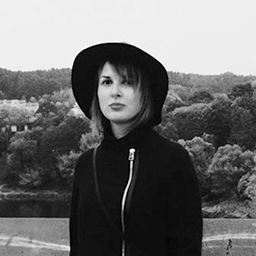 Growing up in an academically inclined family in Vilnius, Lithuania, Kotryna Zukauskaite found herself surrounded by science. “I don’t think I ever had the chance to avoid it,” says Zukauskaite in an email, as she recalls receiving birthday presents that included a microscope and a children’s encyclopedia. These days, as an illustrator, Zukauskaite channels her scientific interests into her artwork.

Zukauskaite started out studying product design at Vilnius Academy of Arts, but she found that she was more interested in sketching products than she was in making them. An avid reader, Zukauskaite’s realization that she drew inspiration from text led her to illustration. She earned her bachelor’s degree in illustration and animation from Kingston University London in 2010. Alongside her everyday work of creating graphics for many magazines and corporate clients, Zukauskaite is completing a master’s degree in arts and cultural enterprise at Central Saint Martins, University of the Arts London.

Although she’s worked on a variety of topics, some of Zukauskaite’s favorite illustrations include graphics that grace the pages of articles on gene editing and lung and heart disease. “I do enjoy a daily process of inventing visual metaphors for complex scientific concepts,” she writes. Her first illustration for The Scientist, depicting CAR T cell therapy targeting solid tumors, appears in this issue here. 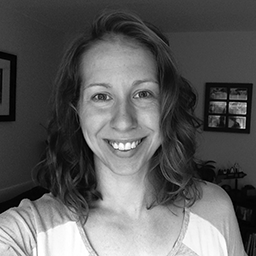 Jennifer “Jef” Akst has always been interested in science. By her junior year of high school, she’d finished her required language and physical education courses and seized the opportunity to take five science classes. Her zeal continued through graduate school, but when her PhD thesis research on seahorse mating didn’t work out as planned—she couldn’t find any of the fish to study—that failed field season was “the straw on the camel’s back that kind of pushed me away from research.” Akst changed tack, taking a class in journalism before leaving Indiana University with a master’s degree in evolutionary biology. In May 2009, she started an internship at The Scientist’s then-headquarters in Philadelphia, and was promoted to assistant editor just a few months later.

The Scientist “was a perfect fit for me,” Akst says. “I really liked the storytelling angle . . . the breadth of different formats, different types of stories, and then what I liked about science writing in general was the breadth of content.” She particularly enjoys writing longer pieces, because they let her dive deep into learning about a particular topic. Akst now edits feature stories for the magazine, and, on the other end of the length spectrum, the shorter pieces in The Literature section. Recently promoted to Managing Editor, she’s beginning to take a role in overseeing other sections as well. “I’m excited about having my hands in every bit of the magazine.”