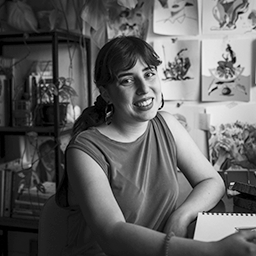 As a kid, Molly Mendoza loved to watch cartoons such as Sailor Moon and Speed Racer and to read Japanese comics. “From a really young age I wanted to tell stories with pictures,” she recalls. She didn’t really consider making a career out of it, though, until her high school art teachers and college professors told her she had talent. With their encouragement, she decided to pursue a bachelor’s of fine arts degree at the Pacific Northwest College of Art in Portland, Oregon. After graduating in the winter of 2014, Mendoza went straight into freelancing, creating banner images for different tutorials within the creative suite of Adobe, as well as illustrating for publications such as Nautilus and The Scientist. In May 2015, her work graced the cover of The Scientist’s special issue on HIV. Here, she illustrates how artificial intelligence (AI) technologies are...

In addition to freelancing, Mendoza works part-time at Land Gallery, an online and brick-and-mortar retail space for independent artists in and around Portland, where she has settled. And this July, she will publish her first graphic novel, Skip, about two people hopping between dimensions as they try to find their way home. “It’s an adventure story,” she says, but it’s also more than that. “Along the way they realize each other’s flaws and fears but also what about them makes them special and what they should be proud of.” 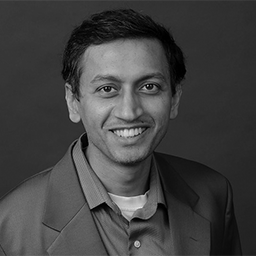 Kartik Hosanagar, professor of technology and digital business at the Wharton School of the University of Pennsylvania, has had a front row seat for the artificial-intelligence revolution. In addition to studying how analytics and algorithms affect the behavior of consumers and society, he’s launched his own companies, built around automating our lives. For example, in 2005 he cofounded Yodle, a marketing platform for small businesses that was designed to take the place of traditional phonebook searches performed by people looking for particular products or services. Powered by Hosanagar’s custom-built algorithms, Yodle was acquired by web.com in 2016.

Although he doesn’t specifically research the interface of AI and biology, Hosanagar says that he has an ongoing study that looks at how healthcare professionals incorporate AI into their work. He says his research asks questions such as, “What does transparency or model interpretations do to an expert’s decision to adopt [AI technology]?”

Hosanagar took two years to write his first book, A Human’s Guide to Machine Intelligence. He says that his impetus for penning the work was to demystify AI for a lay audience. “I felt like there’s a lot of excitement about AI, but a lot of the discussion is either incomplete or often imprecise.” Here, he writes about the potential for AI to make scientific discoveries, something he says could happen in the near future. “It’s a matter of maybe two to three years before we start seeing the first good examples coming out.” 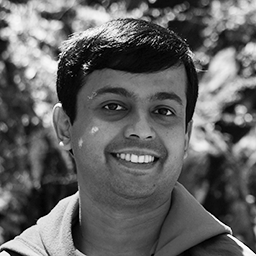 Though he had spent much of his early life with a foot in two worlds—science and writing— Sandeep Ravindran thought he would have to eventually choose between them. Upon completing a bachelor’s degree in biological sciences at Cornell University, Ravindran simultaneously considered PhD programs and master of fine arts programs in creative writing. He ultimately decided to pursue his PhD in microbiology and immunology at Stanford University. But a talk by a science writer late in his training made Ravindran realize he could combine the best of both worlds. “I decided right then that [science writing was] kind of perfect for me,” he says.

After finishing his doctorate, Ravindran completed internships at Popular Science and Science Illustrated, before pursuing additional training through the UC Santa Cruz science communication program. After completing internships at a host of outlets including the San Jose Mercury News and Science News, he worked for two years as a science writer at PNAS. Now Ravindran works as a freelance science journalist based out of Washington, DC, delving into any topics that capture his interest, which often lie in the realm of life sciences. “I’m still fascinated by biology in general, both in terms of how the natural world finds ways, through evolution, to solve problems, and how humans emulate those ways using technology,” he says. Over the past 3 years, Ravindran has written several features and Lab Tools pieces for The Scientist. Find his latest feature about brain-inspired computing here.