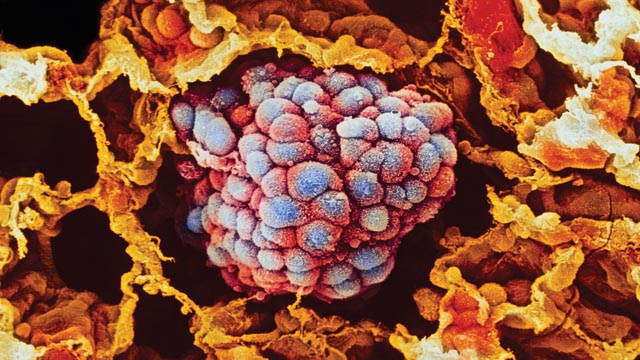 Much of the current hype in epigenetics stems from the recognition of its role in human cancer. Yet, intriguingly, the first epigenetic change in human tumors—global genomic DNA hypomethylation—was reported way back in the early 1980s, at about the same time the first genetic mutation in an oncogene was discovered.1 So why the delay in recognizing the importance of epigenetics in cancer?

In the 1980s epigenetics was a fledgling discipline, hampered by methodological limitations, while genetic knowledge of cancer was expanding exponentially. By the mid-1990s however, classical tumor suppressor genes, such as p16INK4a, hMLH1, and VHL,2 were shown to undergo a specific epigenetic hit (the inactivation of gene expression by CpG island hypermethylation), resulting in a major acceleration in the field. We now know that so-called “epigenetic changes” explain many hallmark features of malignant disease: these genes are deregulated...

Epigenetics may be important for the cancer field, but what does the term really mean? Truth be told, it has many definitions, which have changed over the years as our knowledge has changed. Researchers studying this discipline recognize how bewildering such a nebulous term can be to nonexperts, and they get together from time to time to put forward better explanations and nomenclatures, but they usually come up empty-handed, or with recommendations that people do not remember. Thus, we have to go back to the classics. Waddington defined epigenetics in 1939 as “the causal interactions between genes and their products, which bring the phenotype into being.” Adrian Bird redefined the term as “the structural adaptation of chromosomal regions so as to register, signal or perpetuate altered activity states.” I prefer a more concrete definition: the inheritance of patterns of DNA and RNA activity that do not depend on the naked nucleotide sequence. By “inheritance,” we mean a memory of such activity transmitted from one cell generation to the next (through mitosis), or from one organismal generation to the next during meiosis. Meiotic inheritance is perhaps more provocative, as there is still scant direct evidence of epigenetic inheritance from one generation to the next, but genomic imprinting is a good example: when it goes awry it can lead to diseases such as Prader-Willi syndrome.

Epigenetics today is not a purely speculative subject, as it was in Waddington’s time; it is based on a rapidly growing understanding of the chemical modifications that our genome and its regulatory proteins (the components of chromatin) undergo to control its functions. There are many modes of epigenetic control, including nucleosome positioning and noncoding-RNA–mediated regulation of gene expression (such as microRNAs). (See infographic: Epigenetics—A Primer) Nucleosome positioning refers to the constraints nucleosomes put on the DNA wrapped around their histone core, often affecting the accessibility of transcription factors and hence their ability to transcribe a gene. The best-studied epigenetic marks, however, are DNA methylation and histone modifications.

In humans, DNA methylation typically occurs at the cytosine base of DNA, within CpG dinucleotides. What is interesting is the existence of CpG-rich regions—“CpG islands”—that are associated with the 5’-end regulatory regions of almost all housekeeping genes as well as with half of tissue-specific genes. When these promoter CpG islands are methylated, the associated genes tend to be transcriptionally inactive. Indeed the correct expression of many tissue-specific, germline-specific, imprinted, and X-chromosome inactivated (in females) genes, as well as that of repetitive genomic sequences, relies largely on DNA methylation.

Distinctive cancer-associated patterns of CpG island hypermethylation are tumor type-specific and contribute decisively to the origin and development of human cancer.

The other critical epigenetic marks are chemical modifications of the N-terminal tails of histone proteins. Histones, once considered mere DNA-packaging proteins, regulate the underlying DNA sequences through complex posttranslational modifications such as lysine acetylation, arginine and lysine methylation, or serine phosphorylation. It has been proposed that distinct combinations of modifications presented on histone tails form a “histone code” that regulates gene activity. This has prompted vigorous debate, with dissenters arguing that patterns of histone modification cannot really constitute a “code” that adheres to hard and fast rules, as in the case of the triplet codon rule that translates transcribed DNA sequences into protein. Nonetheless, for many epigenetic researchers this is a helpful perspective in trying to make sense of the numerous combinations of histone tail modifications.

A central question in epigenetics is how one genotype can give rise to different phenotypes. In an individual, it is clear that all tissues have the same genome, yet activity varies vastly from cell to cell. We now know that this is largely because the right epigenetic marks instruct specialized programs that distinguish, for example, a retinal cell from a myocyte, a T lymphocyte, or a skin epithelial cell sharing the same DNA sequence. Thus, defects in cloned animals could be explained by our inability to replicate exactly the epigenetic program that steered the course of development in the donor individual. Similarly, defects in babies conceived by in vitro fertilization could be attributable to imprinting variations leading to imprinted disorders. DNA methylation and histone modifications even seem to explain the different penetrance of diseases displayed in monozygotic twins, as first reported in one of our papers.3 This work has occasionally prompted inquiries from police or lawyers, asking whether we can assist in differentiating one identical twin from his or her sibling in court cases.

An epigenetic mutant-mouse strain illustrates how even diet can alter phenotype via an epigenetic mechanism: a DNA methylation variant mouse (agouti strain) changes fur color depending on the levels of methyl donors obtained through its diet, and the trait is heritable to the next generation. These discoveries actually restore some credibility to Lamarck’s discredited hypothesis of the inheritance of acquired traits, which has long been regarded as the antithesis of neo-Darwinian genetic theory.

Many cancer scientists have gotten aboard the epigenetic bandwagon since new, user-friendly PCR- and sequencing-based technologies have been developed. The list of tumor suppressor genes shown to undergo epigenetic inactivation has consequently grown long in the last few years. And in addition to the candidate-gene approach, array-based techniques have also detected on the order of 300 epigenetically modified genes in cancers, using expression arrays combined with DNA demethylating treatments or direct DNA methylation microarrays. (See graphic below.)

Epigenetic disruption of the “dark genome”—the 90% of our genome that does not code for messenger RNA and proteins—is a very exciting finding that looks to be extremely relevant in cancer etiology. MicroRNAs with growth-inhibitory functions, such as miR-124a and miR-34b/c, undergo epigenetic inactivation because the sequences surrounding their respective transcription start sites become hypermethylated.4 Overall, the emerging picture shows that distinctive cancer-associated patterns of CpG island hypermethylation are tumor type-specific and contribute decisively to the origin and development of human cancer. Besides providing a better understanding of cancer at the molecular level, what hope does epigenetics bring to applied cancer research? Epigenetics has already revealed useful diagnostic (GSTP1 in prostate cancer) and prognostic biomarkers. This has been an eye-opener for oncologists and hematologists, as transformed cells with specific hypermethylation patterns on certain genes have turned out to be reliable biomarkers for particular types and stages of cancer. The best example is the aberrant DNA methylation of the GSTP1 gene, almost exclusively observed in prostate cancer, which seems to be a valuable biomarker for indicating the disease and a malignant transformation prognosis in older males with high levels of prostate-specific antigen. The fact that these epigenetic markers can be detected in all types of biological fluids and biopsies5 in a background of many normal cells makes them very promising tools for disease screening and monitoring. With the advent of genome-wide methodologies, researchers are currently working on typing whole aberrant DNA methylation fingerprints. Such expression microarray signatures could, in the future, serve as potential prognostic tools, which could indicate time to progression or overall survival. This research is being done in breast cancer; however, clinical application is still years away.

Another invaluable use of epigenetic markers is in the prediction of responses to particular chemotherapy agents. The proof of principle was provided by the DNA repair enzyme MGMT, which, when the gene’s promoter region was hypermethylated at its CpG island, predicted that treatment with alkylating agents such as carmustine or temozolomide in gliomas would generate a good therapeutic response.6 This is because MGMT repairs the lesions caused by these drugs, and if the enzyme is not there, as in cancer cells, the DNA damage is permanent and the cell dies.

Potential treatment strategies for breast cancer in carriers of mutated BRCA1, the classical tumor suppressor gene, have been boosted by pharmacoepigenetics—the study of epigenetic variants that affect the response to drug therapies. The population of mutated BRCA1 carriers is low; thus, the discovery that BRCA1 can exist as an epimutant when hypermethylated has increased the pool of individuals affected by this high-risk, cancer-causing aberration. This is accelerating the development of the use of PARP (poly [ADP-ribose] polymerase) inhibitors, known to have a good response in BRCA1 tumors.7

The widespread use of high-throughput technologieswill produce comprehensive cancer epigenomes to study and employ in the better management of oncology.

Histone modification patterns are also altered in human tumors. In particular, levels of histone H4 lysine 20 trimethylation (H4K20me3) and histone H4 lysine 16 monoacetylation (H4K16ac) are severely disturbed in cancer cells8 both globally and at particular loci. Comparing absolute results between laboratories, however, is proving troublesome, since the central technique—chromatin immunoprecipitation—has more interindividual and interlaboratory variation than the usual DNA methylation assays, and depends largely on the quality of the antibodies used. Thus the community is not yet at a stage where it can use altered histone modification profiles found in cancer as biomarkers. Researchers are, however, finding an increasing number of histone modifier genes disrupted in many cancers, opening the door to small-molecule drug development targeted against aberrant histone modifiers. This is particularly applicable to hematological malignancies and sarcomas, in which translocations that generate fusion proteins involving histone methyltransferases and histone acetyltransferases are common. The approach is also relevant for the gene amplification of histone demethylases in solid tumors.

A strong selling point for epigenetic cancer research is the fact that epigenetically inactivated genes can conceivably be reactivated with the right drugs, while genetic changes are irreversible. To date, a few pharmacological compounds directed toward epigenetic enzymes have shown promise in treating leukemias and lymphoma. These include DNA demethylating agents (5-azacytidine and 5-aza-2’-deoxycytidine) and histone deacetylase inhibitors (i.e. suberoyl anilide bishydroxamide, SAHA.9 Although their exact antitumor mechanism has not been completely elucidated, most of them cause programmed cell death and, at current doses, show limited toxicity in patients. The translation of these advances in hematological malignancies to solid tumors is slow, and it will be critical for ongoing studies to identify markers of good response to epigenetic drugs. New compounds continue to be developed in preclinical research, targeting other histone modifiers, such as the class of histone deacetylases called sirtuins. Researchers are on the lookout for more specific DNA demethylating agents that do not change normal DNA methylation.

Cancer epigenetics is an exciting field as we continue to discover new types of epigenetic marks and levels of epigenetic control. Recent examples include the newly discovered 5-hydroxymethylcytosine modification; the chemical modification of RNA; the existence of important regulatory regions outside the minimal promoter, such as CpG island shores and enhancers; the role of chromatin remodeling factors that move nucleosomes around using ATP; and, most importantly, the epigenetic layers present in the noncoding RNA genome. The widespread use of high-throughput technologies will in a short time, I am sure, produce comprehensive cancer epigenomes to study and employ in the better management of oncology patients. Glimpses can already be seen in the publication of, for example, small-epigenome characterization10 and whole-genome DNA methylation analyses.11