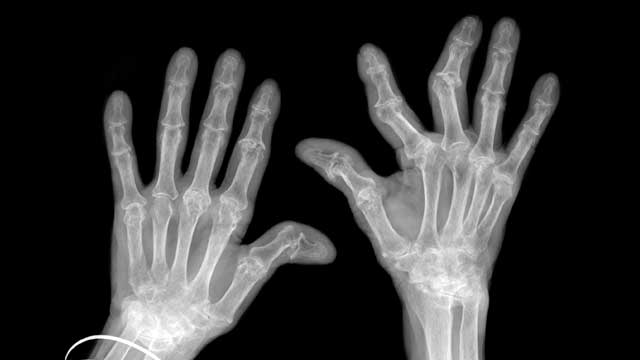 Generations of in-depth research into human anatomy, histology, and basic physiology have largely explained the physical manifestations of diseases affecting nearly every organ of the body. From cardiology to gastroenterology and pulmonology, form implies function. It is no mystery, for example, why a blood clot between the heart and lungs causes shortness of breath, problems with oxygenation, and strain on the muscles of the heart.

Yet there remains an entire class of illnesses that present systemically, do not respect the boundaries of organ systems, and wreak havoc on quality of life and longevity. And we still have little idea of what starts the vicious cascade in the first place. This category of maladies is called autoimmune disease, and it is our fundamental lack of knowledge about these disorders that so greatly hinders our ability to prevent, diagnose, and treat them.

The scope of the problem is tremendous....

Our fundamental lack of knowledge about autoimmune diseases greatly hinders our ability to prevent, diagnose, and treat them.

There is much we know, or think we know, about the risk factors and manifestations of autoimmune disease, and we even have some diagnostic tests for antibodies that often closely correlate with specific subtypes of disease. However, the fundamental biological mystery remains: What initiates the formation of antibodies that react with the body’s own proteins and result in the destructive processes that define autoimmune disease? Have we simply failed to detect an infectious or environmental exposure that initiates the inflammatory cascade? Is there a benefit accrued via autoantibodies that serves an important biological purpose and helps to explain their existence?

While many theories have been and continue to be posited in answer to these etiological questions, a particularly interesting hypothesis first proposed in the 1960s has been reborn and, if it holds true, could have tremendous implications for the fields of rheumatology, oncology, immunology, neurology, endocrinology, and many others: autoimmune disease may represent collateral damage from the body’s fight against developing cancers. Scientists have long recognized that patients with certain autoimmune diseases are at increased risk of cancer, but only recently has a possible mechanism been identified. Research involving patients with concurrent cancer and scleroderma revealed somatically mutated genes in the patients’ tumors that initiated cellular immunity and cross-reactive humoral immune responses, producing antibodies that reacted to the cancer and are known to play an important role in scleroderma itself (Science, 343:152-57, 2014). The finding implies that the autoimmune disease may arise as an unintended consequence of the body’s own immune response to a developing cancer, which in certain patients will never become clinically evident.

This idea is not far-fetched considering that certain syndromes of this type have been recognized for quite some time. Lambert-Eaton syndrome, in which damage to motor synapses can cause weakness, and limbic encephalitis—inflammation of the brain and resultant confusion and neurologic symptoms—are two examples of conditions known to occur in reaction to a cancer in the body. But the novel findings suggest a much larger possibility that all autoimmune diseases are due to the immune system’s response to cancer. If this is true, detection of specific autoantibodies would help predict which patients will manifest a clinically-apparent cancer. Indeed, researchers have found that specific autoantibodies found in patients with autoimmune myositis—muscle inflammation and symptoms in the joints, skin, lungs, and other body parts—are not only associated with specific subtypes of these diseases, but can also be used to predict which patients will develop the types of myositis associated with cancer (Arthritis Rheum, 67:317-26, 2015).

Such support for the idea that the immune system’s response to cancer cells may trigger autoimmunity has opened a proverbial Pandora’s box of scientific questions. Why do some patients with tumor cells develop autoantibodies while others do not? Can autoimmune diseases be prevented, instead of waiting for them to develop and treating the aftermath? Perhaps most importantly, can we harness the power of the immune system to effectively fight cancer without the resultant production of autoantibodies that cause autoimmune disease? In 2013, the editors of Science named cancer immunotherapy the “Breakthrough of the Year,” foreseeing a new paradigm in medicine. Understanding the origins of autoimmunity is critical to ensuring the safety of these therapies, which represent newfound hope for millions of patients worldwide.

The time is ripe to tackle this most challenging problem of understanding autoimmune etiology. By investing time and effort in these fundamental questions of biology, we can hopefully one day declare with conviction and clarity: body, heal thyself.