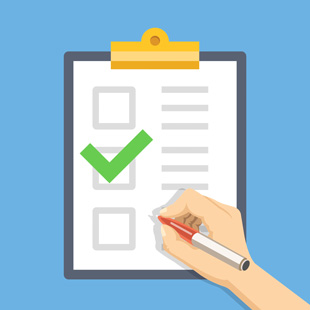 Retractions are on the rise. In the early 2000s, only about 30 retraction notices appeared annually; in the last five years, that number has jumped to around 500 (Nature, 478:26-28, 2011). And since the launch of Retraction Watch in August 2010, there has been a growing interest among publishers, editors, authors, and the press in manuscripts that are pulled from the literature. Previously, retractions had no visibility, as they were published without any warning. Retraction Watch provides a central location where researchers can keep track of flawed papers and often learn a little about the stories underlying their retractions.

While it’s good that this problem is receiving more attention, this trend highlights another important issue: often little or no information is given about the reasons a study is retracted. Typically terse announcements might state, “This article has been retracted at the authors’ request,” or “This...

A recent study of retraction notices reported that most were opaque and that their quality varied (J Microbiol Biol Educ, 15:151-54, 2014). Other studies have found that there was often no clearly stated reason for retraction; when reasons were given, they were vague, without clear and detailed explanation. It was difficult to trace who was accountable for a retraction, and what the consequences were for the authors (Presse Med, 41:847-52, 2012). In our review of retraction notices, we similarly found that the notice quality varied significantly from journal to journal and from publisher to publisher (BMC Res Notes, 6:238, 2013). Of the 235 retractions we examined, 21 (9 percent) provided no reason at all.

This prompted us to recommend the use of a standardized retraction form to support the writing of clear and informative retraction notices. We designed a one-page template to meet the retraction guidelines developed by the Committee On Publication Ethics (COPE). The proposed form is simple, with boxes to check under three headings: who is retracting the article, the reason(s) for the retraction, and the history of errata/expressions of concern. This is followed by a text box where the editor/publisher can add any information he or she considers useful. The form was posted on the European Association of Science Editors website in late 2014 and has been regularly updated since. Panel discussions at a COPE webinar forum in September 2014 and at the World Conference on Research Integrity (WCRI) last June have revealed an interest in using our standardized retraction form, but so far it hasn’t been widely implemented, possibly because few editors are aware of it. Most retraction notices continue to contain vague and unhelpful language.

The form’s use will likely vary among publishers. Large publishers have legal departments with their own resources and customized guidelines, for example, while most small publishers and journals have no internal resources and could thus benefit from using the standardized form. Most likely, the form would not be made public by journals, as publishers generally do not want to disclose too much information. The intent is to create a tool to help journal editors as they pick and choose the detail that goes into the retraction notice. Standardizing retractions in this way would not only better inform readers, but also help researchers who are increasingly aware of the phenomenon to better understand the reasons for the mounting number of flawed papers.

Publishing explanatory retraction notices is a positive step to improve science. It should not be seen as a witch hunt, but rather as an opportunity for authors to explain why such a situation arose. Mistakes happen; we must applaud authors who are brave enough to admit them. (See “Self Correction.”) Science can only move forward when researchers come forward to correct the literature, rather than trying to sweep problems under the carpet.

Hervé Maisonneuve is an associate professor of public health at the University of Paris-Sud and former president of the European Association of Science Editors (EASE). Evelyne Decullier is a senior researcher in the clinical research unit, Hospices Civils de Lyon, France.