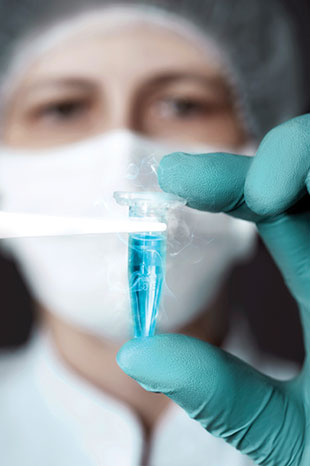 © ISTOCK.COM/ANYAIVANOVAThe disastrous and still ongoing Ebola epidemic in West Africa has highlighted the threat of newly emerged viral infections. As we observe the herculean attempts to contain the infection and the rush to test and approve underdeveloped drugs and vaccines, it is easy to overlook the true lesson to be learned from this situation—namely, how little we know about why and how certain viruses spill over from their natural hosts and how they interact with the human immune system.

Nearly 60 percent of all human pathogens are of zoonotic origin. This includes pathogens that have only very recently jumped to humans—such as Ebola, its emergence first reported several decades ago and again last year—as well as pathogens that have been with our species for hundreds or thousands of years. Smallpox, for example, most likely emerged in Central Africa as early as 2000 BC. Epidemiology tells us that...

Nearly 60 percent of all human pathogens are of zoonotic origin.

Meanwhile, the changing climate is shifting the natural habitats of certain species to new areas. For example, it is now common to see tropical mosquito species of the Aedes genus in Southern Europe or North America. Increased spread of Aedes-borne viruses such as yellow fever, Chikungunya, or West Nile might soon follow. Indeed, the latter has already caused significant medical problems in the U.S., and cases of Aedes-borne Chikungunya have recently been reported as well.

Understanding what happens at the host-pathogen interface and why certain viruses are capable of jumping to new species is a top research question in virology. Zoonotic viruses come from different families, but they have some commonalities: they all tend to be small, rapidly replicating RNA viruses. Because their genomes are composed of RNA rather than DNA, these viruses must use their own RNA polymerase to copy their genetic information. These polymerases have no proofreading activity and are highly error-prone, leading to as many as one mutation every thousand nucleotides in each round of viral replication.

This genetic plasticity is key if the virus is to overcome a host immune attack. Double-stranded RNA, a common intermediate in viral replication, triggers the release of a range of cytokines, primarily interferons, which in turn causes upregulated expression of hundreds of antiviral genes and enhanced antibody production. Viruses, of course, have developed a multitude of ways to inhibit the interferon response. For instance, the hepatitis C protein NS3/4a, initially thought to be responsible only for processing of the viral polyprotein during replication, is in fact a crucial interferon antagonist (PNAS, 102:17717-22, 2005). All known mammalian viruses express at least one interferon antagonist. Ebola encodes two, VP24 and VP35, and just in the last few months, researchers have published several seminal papers describing the function of these two proteins.

The ongoing Ebola outbreak should remind us that a more thorough under­standing of zoonotic viral infections is necessary, especially in the face of the changing environment.

For many viruses, the interferon antagonist is the main virulence factor. There is now considerable evidence that the incredible severity and infectivity of the 1918 pandemic flu strain was caused by a mutation in the gene coding for the virus’s main interferon antagonist, the NS1 protein (Arch Virol Suppl, 19:101-15, 2005). While designing effective vaccines and viral-entry inhibitors has proven unsuccessful for certain viruses, often due to their high mutagenicity, compounds targeting interferon antagonists may provide a new therapeutic alternative. Moreover, the incredible multifunctionality of these proteins—NS1 binds as many as 70 different partners, for example—suggests that diverse affected processes could be restored with a single drug. Intensive efforts have led to the release of the first generation of inhibitors, which target the NS3/4a protein of hepatitis C and have been successfully used in therapy (Infect Disord Drug Targets, 6:3-16, 2006; N Engl J Med, 364:1195-206, 2011). Another potential of the field is the production of effective live, attenuated vaccines, where the gene responsible for interferon antagonism has been removed. Vaccines of this kind are currently being developed for influenza (J Virol, 86:10293-301, 2012).

The fact remains that we are currently not prepared for sudden viral outbreaks. The state of our knowledge about host-pathogen interactions is very selective; a deficit of trained medical and scientific personnel delays deployment to the established Ebola treatment centers in West Africa; and the public is widely unaware of the threat of emerging viral diseases. Moreover, funding for basic research in virology is insufficient. The ongoing Ebola outbreak should remind us that a more thorough understanding of zoonotic viral infections is necessary, especially in the face of the changing environment. Interferon research is an emerging avenue that could help us achieve this understanding and improve the quality of viral infection management.