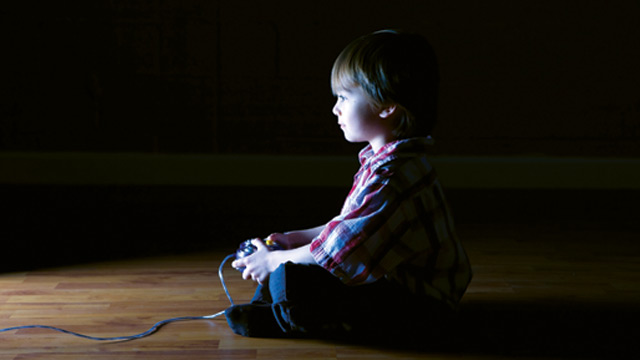 Over the past several decades, the number of children diagnosed with autism spectrum disorders (ASD) in the United States has increased at an alarming pace, with current prevalence estimates at 1 in 88 children. Because there is not yet anything close to a universal treatment for ASD, there is an urgent need to develop therapies to address the disorder’s core symptoms, including communication difficulties, social impairment, and repetitive behavior. One possible approach, recently discussed by several leading autism scientists, is the use of video games and other “screen-based” technologies (Games for Health, 1: 248-53, 2012).  By providing controlled and interactive environments for children with ASD, screen-based tools show promise for improving social communication skills and reducing repetitive behavior.

Because individuals with ASD are often drawn to computers and video games, such an approach seems particularly fitting. Virtual-reality environments can be comfortable and highly motivating...

For example, the multi-institution COSPATIAL research team is testing Collaborative Virtual Environments in which participants navigate 3-D simulations of real-world environments and practice social skills in a shared virtual space. At Vanderbilt University, researchers are working on the development of a virtual social-interaction system that is sensitive to gaze, and can provide automatic and individualized feedback to improve eye contact and social engagement.

Despite the potential benefits of these technologies, however, our enthusiasm should be tempered with caution. Carefully controlled research is still needed to demonstrate that interventions delivered in these formats are effective; to establish that skills learned and demonstrated in virtual environments can be generalized to real-world settings; and to examine how the outcomes compare to those of traditional face-to-face interventions.

It is also important to consider potentially negative aspects of screen-based technology use. Research from our lab has found that children and adolescents with ASD spend significantly more time using solitary screen-based media than they do participating in other potentially social or productive activities (J Autism Dev Disord, 42: 1757-67, 2012). We also found that children with ASD demonstrated significantly higher rates of problematic, or addictive, video game play than did typically developing children (J Autism Dev Disord, doi: 10.1007/s10803-012-1659-9, 2012), and that problematic video game play was associated with oppositional and defiant behavior in boys with ASD (Res Autism Spect Dis, 7:316-24, 2013). Although these findings were correlational, they are consistent with a large body of research that demonstrates a causal relationship between excessive video game use and negative outcomes in typically developing children, including academic difficulties, aggression, attention problems, and obesity.

Thus, clinical researchers should use caution in weighing the costs and benefits of adopting these technologies for use in children with ASD. Due to the nature of their disorder, children with ASD appear to be at risk for becoming preoccupied with video-game technology and for engaging in these games to the exclusion of other activities, which may lead to negative behavioral and health outcomes. Leveraging children’s fascination with technology should be balanced with preventing and reducing such undesirable effects. In summary, we should continue to carefully examine both sides of the coin so that we are able to provide well-informed guidance to both families and clinicians of children and adolescents with ASD. 

Micah Mazurek is an assistant professor in the Department of Health Psychology and a clinical psychologist at the Thompson Center for Autism and Neurodevelopmental Disorders at the University of Missouri.