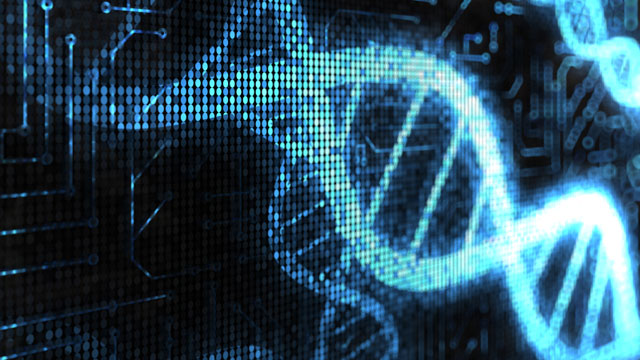 What to do about biohackers in the garage? The apparent answer from the US Presidential Commission for the Study of Bioethical Issues, whose first task has been to examine the emerging field of synthetic biology, is “prudent vigilance.”

It isn’t just tinkerers who are intrigued by the prospect of building genes and genomes. Many scientists are discovering exciting new ways to use synthetic DNA. Moreover, the exponentially decreasing cost of such DNA has encouraged innovative approaches to making drugs, biofuels, and other materials. As early as next year, synthetic biology may be used to produce flu-vaccine strains in days to weeks, rather than the 12 months now required.

Yet discussions of synthetic biology always include the din of warnings about artificial pathogens and Frankenstein experiments escaping the lab. Therein lies the rub for the commission: “Let science rip,” in the words of chair Amy...

When I addressed the commission in July of last year, I emphasized the critical importance of small organizations in producing technological innovations. There is every reason to expect that garage innovation will be as important to biological technologies as it was to IT and dozens of others that we rely on every day. Consequently, one challenge the commission faces is to reconcile the concern for safe development with the drive for rapid development. Restriction of access to technology and markets would slow development.

Given the apparent power of the emerging toolkit of synthetic biology, it is too easy to call for restrictions, such as regulations and licensing, without pausing to account for the consequent potential costs.

One possible strategy—restricting access to raw materials and markets—has had very clear negative consequences in the effort to reduce the production and consumption of illegal drugs. In the case of methamphetamine, the US Drug Enforcement Administration’s own reporting reveals that suppression of “mom-and-pop” production has resulted in foreign manufacture that surpasses the domestic production it replaced. In the case of cocaine, restricted access to markets led drug cartels to build semisubmersible vessels that can carry illicit cargo worth hundreds of times the cost of the vessel itself. In both cases, the basic policy failure lay in the attempt to control tools and skills in the context of a market in which consumers are willing to pay prices that support use of those tools and skills.

The potential negative consequences of regulating the synthetic biology toolkit are similar. Many questions must be addressed before implementing any such policy. For instance, what is the line dividing do-it-yourself biology from a start-up company operating in a garage? Should all individuals interested in learning about biotechnology be certified in some way? If so, that process will increase the costs of both education and innovation. What if those costs are so large that they discourage research and innovation, and thereby depress economic growth? Alternatively, what if the certification costs are large enough, but the physical barriers to use low enough, that it is possible to avoid certification while engaging in backroom research and development? What if backroom R&D finds a demand for illicit products at prices that encourage avoiding certification—the very definition of a black market? As the meth and cocaine examples demonstrate, many policies intended to increase safety and security turn out to be counterproductive in practice. Regulation of synthetic biology could result in a black market—the worst possible outcome, and one that should be avoided as an unbearable cost.

Everyone involved in this conversation wants to maximize safety and security. Regulation might be an appropriate mechanism toward this end, but it must be smart regulation. Proposals to regulate are every bit as deserving of “prudent vigilance” as the field of synthetic biology itself.

Dr. Rob Carlson is a Principal at Biodesic, an engineering, consulting, and design firm in Seattle. At the broadest level, Carlson is interested in the future role of biology as a human technology. He has worked to develop new biological technologies in both academic and commercial environments, focusing on molecular measurement and microfluidic systems. Carlson is the author of the book Biology is Technology: The Promise, Peril, and New Business of Engineering Life, published in 2010 by Harvard University Press. Carlson earned a doctorate in Physics from Princeton University in 1997. Links to additional articles and his blog can be found here.