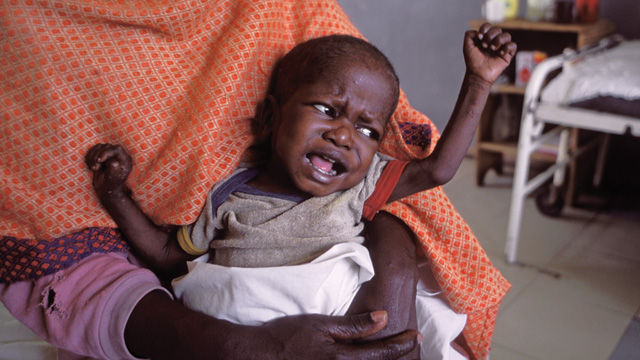 Between 1955 and 1969, the Global Malaria Eradication Program, overseen by the World Health Organization (WHO), eliminated the disease from most developed countries. But worldwide eradication proved to be much more complex than its proponents had hoped. Strains of Anopheles and Aedes mosquitoes resistant to insecticides and of Plasmodium parasites resistant to drug treatment presented scientific challenges and increased the costs of eradication. Political instability in many parts of the developing world, and a lack of funding from donor countries, discouraged further eradication efforts for decades.

Potential value of a malaria vaccine

Vaccines are a time-tested and indispensable public-health tool. Other methods of combating malaria—such as indoor spraying (with pesticides that also act as effective repellents, like dichlorodiphenyltrichloroethane, or DDT), the use of insecticide-impregnated bed nets, and the treatment of malaria with drugs—while not particularly expensive, all require a large infrastructure for delivery. Vaccines are viewed as a “cheap, simple technology” that is especially valuable in countries with underfunded health systems.

Furthermore, the development of pesticide-resistant mosquitoes and drug-resistant strains of malaria is a growing concern for public-health officials. Vaccination may be a valuable tool in confronting this problem, because it can reduce the need for drug therapy.

Diseases of the poor tend to receive inadequate funding. Even despite the potential value of a malaria vaccine, there had been little investment in developing one until recently. Developing an effective malaria vaccine is particularly complicated because malaria-causing protozoa are genetically more complex than a virus or bacterium, and any vaccine would have to be effective against several strains of the deadliest malaria parasites.

Vaccines are important, but they are not magic solutions that allow us to ignore the need for improved, more effective health systems.

Despite these challenges, the Bill & Melinda Gates Foundation, in particular, has helped to reinvigorate the fight against malaria. In 1999 the Foundation made its first $50 million grant for the development of a malaria vaccine. In 2007 Melinda Gates announced the Foundation’s goal of eradicating malaria. The Gates Foundation has provided funds for a multipronged attack on the disease: more than $150 million to support basic vaccine research and clinical trials, another $100 million to develop new drug treatments, and about $50 million to develop new insecticides. These actions of the Gates Foundation have been catalytic, helping to generate record private and public spending on vaccine development. Some believe a malaria vaccine may be available by 2015, but others are more wary.

The danger of shifting priorities

This renewed focus on a disease as debilitating as malaria is overdue. Nevertheless, critics worry that vaccines could be viewed as a substitute for low-tech preventive interventions like clearing swamps, distributing insecticide-treated bed nets, and indoor spraying. Few argue that these are mutually exclusive options, and the Gates Foundation has invested in the development of all of these technologies. But the massive amount of money required to develop a vaccine, coupled with the apparent simplicity of the approach, could reduce the availability of resources for other interventions. “The danger of the Gates call for a new era of elimination is that their immense funding power and influence…could cause damaging swings in funding and political priorities.…funding for malaria control is falling well behind what it needs to be,” wrote Pam Das and Richard Horton in a November 2010 Lancet editorial.

The notion that vaccines can be substitutes for effective public-health and health-care delivery systems is a myth. Vaccines may require fewer medical professionals and a less well developed public-health system than other interventions, but that does not suggest that they can be administered without such a system. Vaccines are complements to, not substitutes for, an organized health system. In the United States, children living in poverty and/or without a regular source of care are less likely to receive up-to-date vaccinations. Without an appropriate health system, the existence of a vaccine is of limited value.

Effective, broad-based health-care systems are important, not only to combat malaria, but to address the broad array of threats to health in Africa and the rest of the developing world. Reducing the prevalence of malaria may be necessary to improve health in Africa, but it is not sufficient. Africa is just beginning to experience the so-called “double burden” of disease experienced by people living in other parts of the developing world. Alongside parasitic and other infectious disease, rates of noncommunicable disease are projected to rise during the next several years. Deaths due to cancer, for example, will increase dramatically during the next decade. Without adequate health systems, cancer patients in Africa will not have access to screening, early diagnosis, adequate treatment, or palliative care.

Vaccines are important, but they are not magic solutions that allow us to ignore the need for better health-care systems. Enthusiasm for the development of a vaccine is appropriate, but must not crowd out investments in health-system infrastructure or the continued funding of more familiar, but still effective prevention and treatment efforts.

Michael K. Gusmano is a research scholar at The Hastings Center, an independent bioethics research institute in Garrison, NY. He is the author (with Colleen Grogan) of Healthy Voices/Unhealthy Silence: Advocating for Poor People’s Health, and a coauthor of Health Care in World Cities: New York, Paris, and London, published last year by The Johns Hopkins University Press.