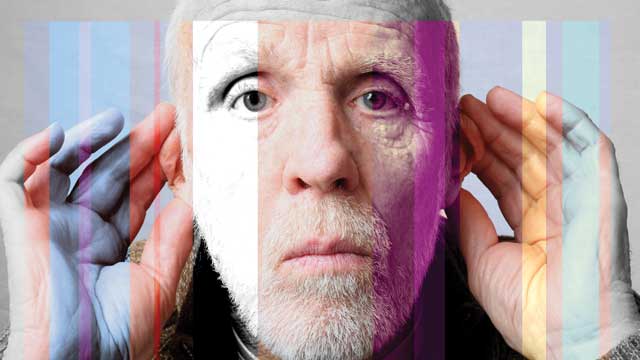 Hearing loss is as much part of growing old as are cancer and Alzheimer’s, and with the silver tsunami of baby boomers now becoming senior citizens, the impact of age-related hearing loss is becoming increasingly significant. Ongoing research over the last 25 years into gene therapies to correct certain congenital forms of hearing loss appears to be on the verge of a breakthrough, and cell therapies are promising to replace damaged hair cells of the inner ear. (See “Hearing Help.”) But can these achievements be translated to the restoration of age-related hearing loss? As promising and exciting as these data are, researchers still face a monumental challenge in rebuilding aging inner ears. Piecing together such a complex and delicate organ is not as simple as growing new cells in a petri dish.

Spiraling through the channels of the cochlea, the organ of Corti consists of two principal cell types: hair cells that transform sound into electric signals that are transmitted to the brain, and supporting cells that surround the hair cells and enable their function. Spiral ganglion neurons innervate the organ of Corti, also known as the hearing organ, at the base of the inner hair cells. When sound waves enter the ear, the vibrations move the hearing organ relative to the tectorial membrane that overlies the hair cells. This mechanical stimulation triggers changes in electric potential of hair cells that initiate signals along the auditory nerve. Different frequencies are represented at different positions along the length of the hearing organ, allowing the many notes of a complex sound to be processed simultaneously. To better segregate sound into frequencies, the complex cell assembly of the hearing organ varies along its length, with the apex having longer and the base having shorter hair cells. Even the hair cells themselves are structured in a way that is critically important to their function, being polarized to receive stimuli from one direction only. If the cells are twisted 90 degrees relative to their normal position, they are insensitive to sound.

The structure is so complex that the hearing organ has evolved to block postnatal proliferation, thereby maintaining the functional integrity of this unique and intricate assembly of cells. While supporting cells can be induced to differentiate into hair cells after acute hair-cell loss in newborn rodents (Front Cell Neurosci, 9:110, 2015), such regeneration can only happen for a limited period of time, and once hair cells are lost, the remaining supporting cells deteriorate (Front Aging Neurosci, 7:33, 2015) and lose the ability to respond to differentiation signals.

Piecing together such a complex and delicate organ is not as simple as growing new cells in a petri dish.

In the absence of being able to induce regeneration in vivo, research has focused on generating hair cells in a dish and then introducing them to the inner ear. Several laboratories have reported stunning successes generating hair cells from induced pluripotent stem cells (Cell, 141:704-16, 2010), even creating hair cells that are responsive to mechanical stimulation. However, none of the hair cells look quite like the hearing organ hair cells; rather, they resemble hair cells of vestibular organs. For example, the cells contain a kinocilium that is needed to receive signals important for balance by ensuring the parallel movement of the vestibular hair cells and their overlying membrane. Unfortunately, the kinocilium hinders the sound-induced movement of the hearing organ relative to the tectorial membrane. And even if researchers are able to re-create the inner-ear hair cells ex vivo, they face another problem: the cultured cells must be introduced into the cochlea, where they will encounter a fluid, the endolymph, that is toxic to hair cells. Only the hair cells’ stereocilia are normally exposed to the endolymph; the cell body is surrounded by perilymph that is ionically equivalent to the cerebrospinal fluid. Cells injected into the endolymph need to insert quickly into the surrounding membranes to avoid being killed by the endolymph.

But assuming all such hurdles can be overcome, there is still the chief obstacle to inner-ear regeneration: namely, guiding the insertion of a suitable number of appropriate cell types at the precise position and in the correct orientation to generate a functional hearing organ. Mice are deaf even when all hair cells are formed, if those cells are disorganized (Development, doi:10.124/dev123091, 2015). And an organ with hair cells that have an altered polarity or are in the wrong position would certainly not help for hearing at all. Finally, assuming a patient lacks all inner-ear hair cells, how many new ones are needed for a clinically functional outcome? The healthy organ of Corti contains some 3,500 inner hair cells, which convert the sound signals to electrical impulses, and 15,000 outer hair cells, which help amplify the sound. Could just a few hundred new cells restore hearing that’s been lost?

Clearly, building a hearing organ from scratch is not an easy task. Nevertheless, auditory scientists must continue to explore effective ways to restore hair cells and supporting cells, to assemble these cells into the complex mosaic of their microenvironment, and to ensure their functionality (BioEssays, doi:10.1002/bies.201500044, 2015). But it’s also important that efforts extend beyond hair-cell restoration and replacement to focus on the mitigation of damage as perhaps a more easily attainable goal to treat age-related hearing loss. To quote Benjamin Franklin, “An ounce of prevention is worth a pound of cure.” Deciphering how genetic predisposition is compounded by a lifetime of exposure to sound could hold relevant information to prevent hearing loss, currently the better alternative.

Bernd Fritzsch is the department chair and codirector of the Center on Aging at the University of Iowa in Iowa City. He recently coauthored articles on the challenges of regenerating hearing with Israt Jahan and Ning Pan, both associate research scientists in his lab, as well as with Richard J. Smith, Sterba Hearing Research Professor and director of the Iowa Institute of Human Genetics.