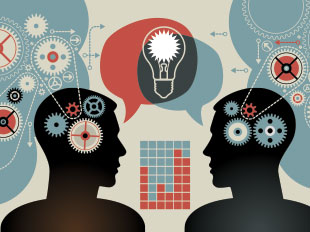 © ISTOCKPHOTO.COM/VLADGRINMuch consternation has been voiced about decreases in government funding for scientific research and discovery and what these funding slumps portend for the future of science, as well as for our economy and job market. In March, National Institutes of Health Director Francis Collins told The New York Times that 2013 was “one of his agency’s darkest years ever, with fewer grants awarded and with jobs and programs cut.” In the meantime, funding has also dwindled on another front, as venture capital investors are increasingly placing their bets on more-mature companies with products in later stages of development. According to the most recent EY Medical Technology Report 2013, venture capital investment was down 21 percent from 2012 to 2013, dropping to its lowest level in more than a decade.

Some inventors and innovators find themselves in a difficult spot, having advanced products beyond basic research—so that...

At XPRIZE, formed in 1995, we create and foster high-profile competitions that motivate individuals, companies, and organizations across disciplines to develop innovative ideas and technologies to solve humanity’s “Grand Challenges.” Two of our prize competitions are specifically focused on medical technology. The $10 million Qualcomm Tricorder XPRIZE is a global competition aimed at bringing health care to the palm of your hand. It challenges private teams to develop a consumer-focused device capable of diagnosing and interpreting a set of 15 medical conditions and capturing five vital health metrics much like Doctor “Bones” McCoy’s “tricorder” of Star Trek fame. The $2.25 million Nokia Sensing XCHALLENGE asked teams to design next-generation sensing technologies that gather accurate, real-time health information. This challenge  consisted of two separate, consecutive competitions. The first Grand Prize was awarded in October 2013 to Nanobiosym Health RADAR, a Boston-based incubator and research institute. The winner of the second competition was awarded last month to team DMI of the DNA Medicine Institute of Cambridge, Massachusetts. The group is designing a sensor that will assess a drop of blood to diagnose a cold, the flu, or something more serious such as Ebola or a heart condition. (DMI is also a finalist team for the $10M Qualcomm Tricorder XPRIZE.)

Some inventors and innovators find themselves in a difficult spot, hav­ing advanced products beyond basic research—so that they do not usually qualify for government funding—but not near enough to commercialization to appeal to venture capitalists.

The XPRIZE model is different from that of governments, venture capitalists, or private investors. Our goal is to identify a health-care problem, define what needs to be addressed, and incentivize the development of a solution. There is often a commercial outcome, allowing the developers to get a return on their investment and provide a benefit to the general public. We are trying to focus on areas that are practical and that serve an existing market or will ultimately create a market that does not yet exist. In so doing, we provide an economic incentive for companies to redirect existing technologies towards new and relevant commercial opportunities. At the same time, we help innovators garner attention from investors and attract capital, support, and team members by creating consumer awareness and providing the general public with an early glimpse of performance. We are also able to connect teams with potential funding and sponsorship opportunities through various networking activities. And the evaluation of the products themselves allows for the assessment of competing technologies in a way that would be unlikely to happen until a product actually went to market.

This past October marked the 10-year anniversary of the first XPRIZE-hosted competition, the Ansari XPRIZE for suborbital spaceflight, which offered a $10 million purse, the largest prize in history at the time. This competition catalyzed the commercial spaceflight industry and ushered in a new era of private space travel. Since that time, we’ve seen the prize model used in various industries and organizations to facilitate innovation and bring about breakthroughs. In 2009, the Obama administration began utilizing incentivized competitions, and now more than 50 federal agencies are following suit, many of which are in the health and science arenas, including the National Institutes of Health, the Department of Health and Human Services, and the National Science Foundation. Prizes range in focus from brain health to detecting foodborne pathogens to outpacing the spread of infectious disease.

In short, XPRIZE and other incentivized competitions are objective, unaffiliated, third-party catalysts for innovation, creating a channel for science and technology development in between early-stage work funded by the government and late-stage worked picked up by investors. By focusing on major needs in health that have not been met and incentivizing solutions with real commercial potential for delivery in the next three to five years, we can accelerate the pace of health-care improvements. We believe that solutions can come from anyone, anywhere, regardless of their prior successes or whether they’ve been published in scientific journals. Through our competitions, we often see ordinary people accomplishing extraordinary things. That is what XPRIZE is all about. 

Grant Campany is the senior director of the Qualcomm Tricorder XPRIZE and Nokia Sensing XCHALLENGE.